Hayes’s story is not unlike many other patients at Shriners Children’s Texas. When he was diagnosed with a cleft palate at birth, Hayes’s family knew he would face obstacles, and they would face a steep learning curve in providing him with medical care. But where Hayes’s story maybe differs from that of other families, is that his family didn’t find Shriners Children's care until years after his diagnosis. But once they found it, they were so thankful they did.

“We found out about his cleft palate at birth,” Hayes’s mom, Cami, recalled. “Since it was isolated to the palate only and the lip was not involved in any way, it wasn’t something obvious in any of our ultrasounds. We were shocked, to say the least, and had so many questions.”

Hayes ended up in the neonatal ICU as a result of his palate and feeding issues, Cami said. She remembers that scary but helpful time that also gave the family a chance to learn how to properly care for him. Hayes and his family stayed in their hometown for his initial treatment and had palate repair surgery when he was 11 months old.

We didn’t come to Shriners until Hayes was 7, but we say often that we wish we had found Shriners sooner. I cannot say enough about how amazing our experience has been.

“We later found out about Shriners through my aunt,” Cami said. “She knew a family whose son had a cleft palate and they shared their experience with her. She encouraged us to look into the options at Shriners and I’m so thankful she did. We didn’t come to Shriners until Hayes was 7, but we say often that we wish we had found Shriners sooner. I cannot say enough about how amazing our experience has been.”

Hayes has big plans to become a veterinarian and build an animal rescue center when he grows up. But in the meantime, he looks forward to recess every day at school, and likes playing with puppies, building Legos, and playing on his iPad. And when he comes to Shriners Children's for his appointments? He says the beach is his favorite part! “And the doctors, they are very nice,” Hayes said.

Hayes loves animals and hopes to become a veterinarian one day. 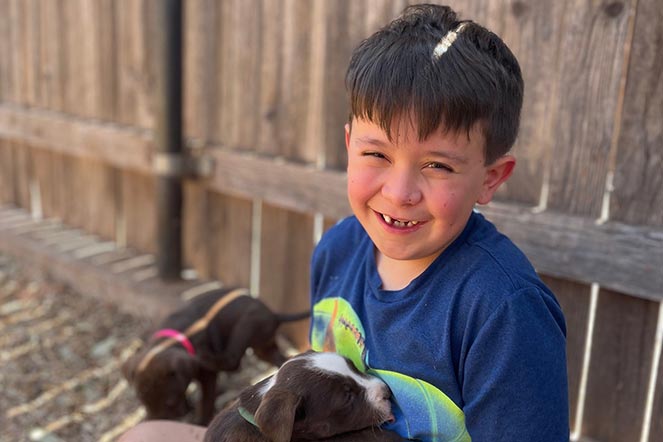 Hayes enjoys spending time with his puppies in the back yard 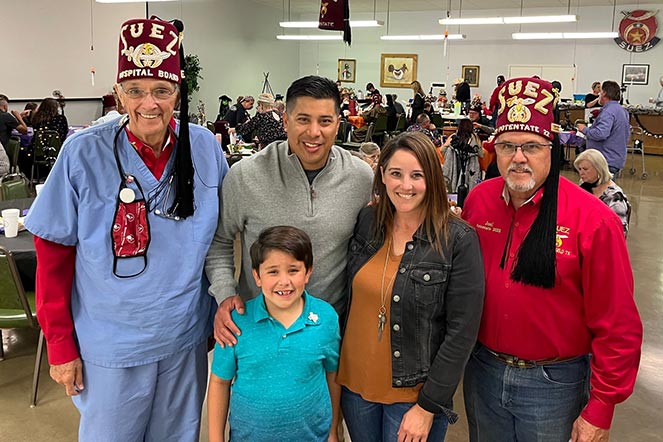 Hayes and his family visited the Suez Shrine in San Angelo, Texas, during their Halloween party 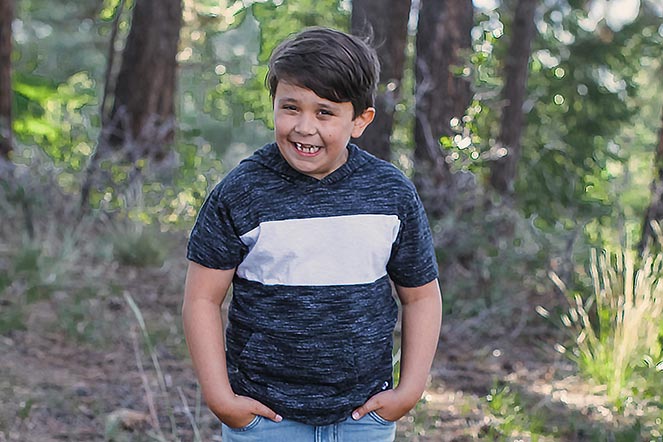 Hayes enjoys a walk in the woods