One of Shriners Children’s most well-known patients, Kechi, a 2017 finalist on America’s Got Talent, is sharing her incredible survival story with the world. Her memoir, More Than My Scars, which hit bookshelves at the end of March, details her incredible story of survival, recovery and journey to becoming an inspiration to all. Her book is the latest in a list of impressive accomplishments that Kechi has achieved since nearly losing her life in a plane crash at the age of 16.

In the book, Kechi shares her early life in Nigeria, the horrible plane crash that changed her life and her appearance forever, and her recovery and personal growth since. One of only two survivors of the Sosoliso Airlines Flight 1145 crash in December of 2005, which claimed the lives of 107, Kechi sustained third-degree burns on nearly 65% of her body.

Kechi was initially treated at a hospital in South Africa, but eventually came to America when she needed more specialized medical treatment. At Shriners Children’s Texas, Kechi underwent more than 100 reconstructive surgeries and extensive physical therapy.

“Shriners gave me my life back,” Kechi recently told Great Day Houston, a morning talk show based in her hometown. “I view South Africa where they brought me back to life, and Shriners gave me my independence. They gave me everything that meant something.”

Shriners gave me my independence. They gave me everything that meant something.

Determined to give back to Shriners Children’s, Kechi used her platform on AGT to bring even more international recognition to Shriners Children’s. She has been sharing the story of how her caregivers and the hospital in Texas provided her with not only outstanding care for her burns, but also encouraged her confidence and independence and to see herself as “more than her scars.”

Kechi’s superstar success on AGT gave her the confidence to pursue other opportunities, including recording and releasing an album, publishing a book, and appearing internationally as a motivational speaker.

Kechi is a burn survivor advocate, and raises awareness for global causes like youth empowerment and bullying prevention. Her involvement in various international organizations, and now her book, have given her a platform to share her story and inspirational message of hope and healing. The staff members of Shriners Children’s Texas who cared for her couldn’t be more proud.

More information about Kechi, her book, and her current projects can be found at her website, kechiofficial.com.

Her memoir, More Than My Scars, which hit bookshelves at the end of March 2022, details her incredible story of survival, recovery and journey to becoming an inspiration to all. 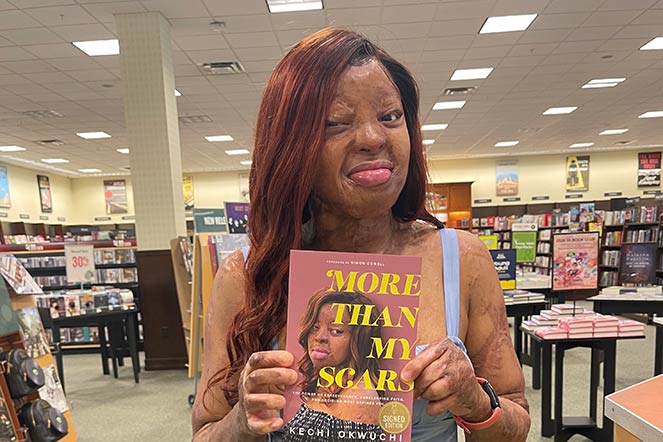 Kechi holds her new book, More Than My Scars. 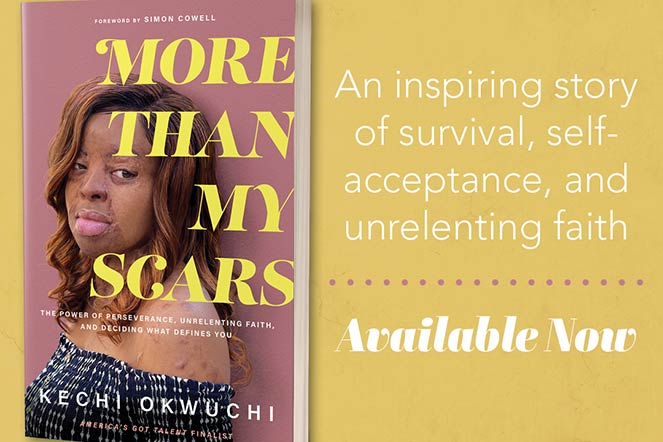 The cover of Kechi's book, More Than My Scars. 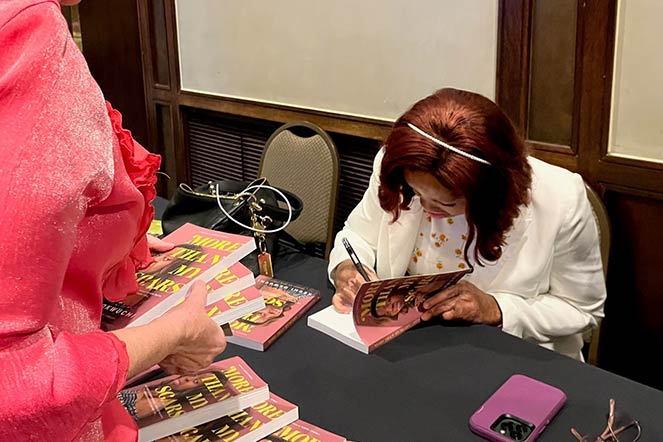 Kechi signing her book at a special event in Texas.

Are you a former Shriners Children's patient looking to connect with our healthcare system and other former patients? If so, learn more about our alumni network!
Join our Network