An avid golfer, Marshall is excited to be the official Northern California Standard Bearer at the 2022 Shriners Children's Open.
Sep 30, 2022

Marshall is a high school freshman who loves playing golf and baseball, and racing dirt bikes. Last fall, in the middle of his first season playing football, Marshall made a tackle that ended up tearing his lateral collateral ligament (LCL). Today, almost one year later, Marshall is back to enjoying all the the activities he loves.

“It was my first season playing football,” said Marshall. “I went to tackle the quarterback and he ended up falling on my leg. I knew something wasn’t right.” Marshall would go on to finish the rest of the game, and he scheduled an appointment to see his doctor.

“At first we thought it was just strained,” said Marshall. “The X-ray didn’t show anything. My doctor said to give it lots of ice and rest.” Marshall’s doctor referred him to an orthopedist when his knee didn’t improve. The orthopedist ordered an MRI, which revealed a torn LCL. The LCL is a band of tissue running along the outer side of the knee. After seeing the MRI, Marshall’s orthopedist referred him to Shriners Children’s sports medicine team for pediatric orthopedic care.

Dr. Friel recommended surgery for Marshall’s LCL, and explained the pros and cons. Marshall’s mom Sydney was impressed by how Dr. Friel and the orthopedics team took the time to explain everything to Marshall, and how they spoke to him as a peer, not as a child.

“I liked that Dr. Friel spoke to Marshall as she would an adult,” said Sydney. “She never talked down to him, never sugar coated anything. She was very clear and took the time to answer all his questions.”

Before the surgery my doctors did a good job explaining what would happen. They took the time to make sure I understood everything prior to surgery. I wasn’t afraid.

Marshall’s surgery was a success. Post-surgery, he wore a locked leg brace for several weeks and walked with the help of crutches. Marshall began physical therapy shortly after surgery. He first started working with a provider close to home, but switched to Shriners Children’s for physical therapy.

“We felt something was lacking [at the first place],” said Sydney. “The therapist would send him home with papers and exercises to follow, but they didn’t have him do any exercises in clinic.”

Marshall’s family switched over to Shriners Children’s for physical therapy. They made the 45-minute drive to Sacramento each week to work with physical therapist Laura van Houtryve.

“Laura and the Shriners Children’s PT team were very thorough,” said Sydney. “Laura led Marshall through all the exercises and made sure he was doing them right. The clinic is very welcoming.”

Laura worked with Marshall throughout his rehabilitation. Each week they would work to improve the range of motion, strength and function of Marshall’s knee. They moved from exercises to jogging and jumping, and then to his eventual return to sports.

“Marshall is such a hard worker and was willing to try any exercise that I suggested,” said Laura. “He always had a positive attitude with therapy and knew that his hard work would pay off. His positivity rubbed off on everyone he worked with in the gym.”

Today, Marshall is back playing baseball, golf and riding dirt bikes. He’s looking forward to his freshman year playing baseball for his high school team and has been building up strength on the driving range so he can play a full 18 holes again.

“It’ll be exciting seeing the professionals up close,” said Marshall. “And my knee works great now thanks to Shriners Children's, so I’ll have no trouble walking the course.”

Fully recovered from his surgery, Marshall is looking forward to walking the PGA course with ease. 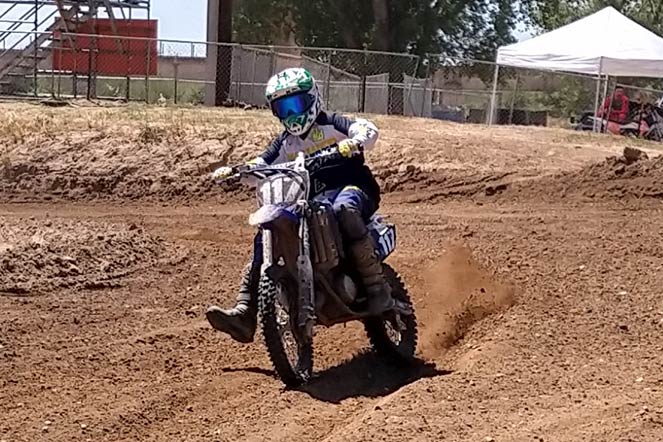 Marshall is back to riding his dirt bike in races regularly. 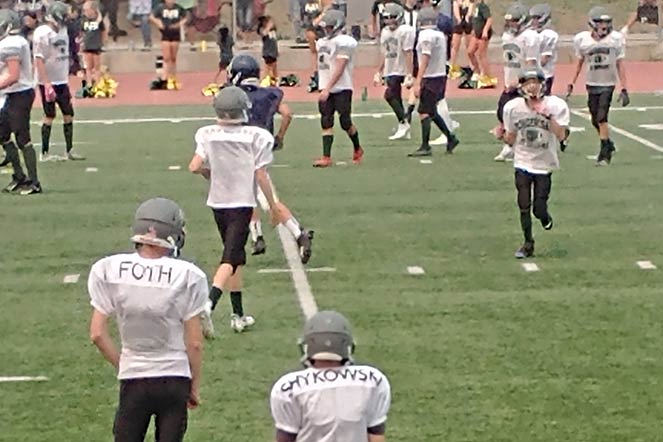 Marshall is back to playing football at full speed. 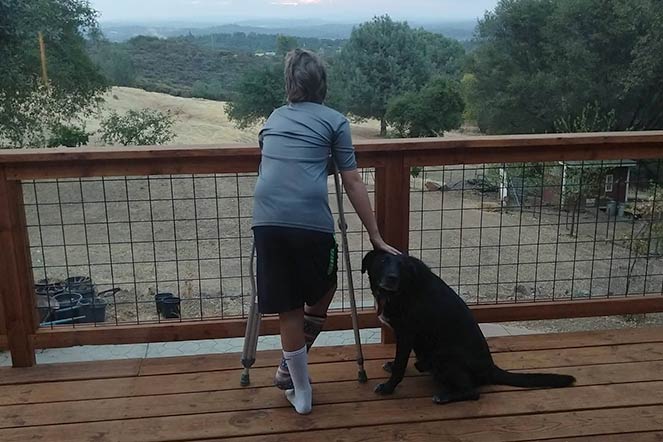 Marshall enjoyed spending time with his dog, a good pal of his, during recovery.