When Jordyn was a brand new baby, Yoni knew right away that she wasn’t feeding properly. Jordyn was Yoni’s third baby, so she knew how to manage the sleepless days with a newborn and teaching a newborn to drink milk. But Jordyn was unable to keep the milk down. She spent her first two weeks of life in the NICU. Doctors diagnosed her with Hirschsprung's disease, a condition affecting the large intestine and the body’s ability to have normal bowel movements.

At that time, Jordyn’s family was living in Michigan and was followed by doctors at her local children’s hospital. Jordyn’s doctors performed surgery when she was weeks old, providing Jordyn with an ileostomy bag to allow her body to pass stool. When Jordyn was 2 months old, she underwent surgery for a pull-through procedure where doctors attempted to remove the diseased section of a child's intestine. The pull-through procedure restored Jordyn’s bowel function and let her live without an ileostomy bag.

Jordyn's family moved from Michigan to California when she was 2, and she began to suffer from multiple bowel infections again. Without hesitation, Jordyn’s new doctors in California recommended she seek treatment at Shriners Hospitals for Children — Northern California.

The Northern California Shriners Hospital is well known for its pediatric colorectal center. The center staff treats a range of patients, from those needing complex surgery to patients needing bowel management care.

Jordyn was 2 when she first met Shinjiro Hirose, M.D., director of pediatric surgery at Shriners Hospitals for Children — Northern California and a gastrointestinal specialist. “Dr. Hirose respected me as a mother and took my extensive knowledge of Jordyn's medical condition into consideration during the decision-making process,” said Yoni.

Her Shriners Hospitals team also includes social workers, child life specialists and even dietitians. “The dietitians at Shriners [Hospitals] also do an especially good job,” said Yoni. “A dietitian would visit us every day Jordyn was in the hospital to give us advice on what foods were best for Jordyn’s digestive system – to help slow things down or keep them moving. They recommended food combinations, based on Jordyn’s preferences, that would help regulate her body and help her digestion work well.”

Jordyn’s team at Shriners Hospitals recommended she undergo ileostomy surgery a second time due to the fact that she was still suffering from multiple bowel infections after having her first pull-through procedure. The procedure was successful and allowed 2-year-old Jordyn to pass stool more regularly and reduce her risk of infection. Four years later when Jordyn was 6, her doctors recommended she undergo a second pull-through procedure. Even though her body did not respond well to the first attempt, Jordyn’s team thought she would respond better to the procedure this time.

According to Yoni, decisions concerning Jordyn’s care were made in an extraordinarily collaborative way. “Jordyn’s care was truly a team effort,” said Yoni. “Her whole medical team, Dr. Hirose and the whole team of specialists, would sit around a table to discuss her case, to decide what would be best for her. Then her doctors took the time to include us in the decision-making process. They knew that I had done a lot of research, and they took the time to answer all my questions and discuss the various options with me. It was truly a collaboration.”

Since her pull-through procedure, Jordyn no longer needs an ileostomy bag. She can do everything other 7-year-olds can do. She especially loves to swim and ride her bike.

Yoni credits the bowel management program at the Northern California Shriners Hospital for Jordyn’s progress. “The whole team is really wonderful, especially Dr. Hirose,” said Yoni. “He was the first doctor we met at Shriners, so he’s near and dear to me. He’s authentic. He has an excellent bedside manner and is very patient. He’s also great with Jordyn. He treats her like she’s one of his own kids.”

When asked about what she loves about Shriners Hospitals, Jordyn mentioned being so thankful because she’s now free from her ileostomy bag and can go swimming. She also talked about her love of the pink bike and the Super Mario game at the Northern California Shriners Hospital. 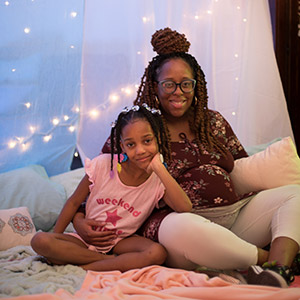 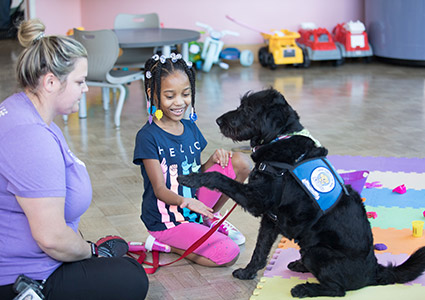