Born with tibial hemimelia, Noah’s foot was amputated when he was 10 months old. The Shriners Hospitals for Children — Salt Lake City staff has been with him on his journey ever since. Though the decision was difficult, his mom, Jamie, knew it would give him better mobility options. That early surgery ended up saving him from multiple childhood surgeries to try and fix the shortened tibia and deformed foot.

After 17 years of coming to the Salt Lake City hospital, Jamie said their experience has always been incredibly positive. “Everyone has been supportive from the beginning,” said Jamie. “The prosthetics department (POPS) has gone out of their way to make sure that Noah gets what he needs to be physically active and emotionally supported.” Noah, who is now 17, has always been interested in sports. Making prosthetics that could keep up with his basketball, football, baseball and skiing efforts was essential to him, and his prosthetist was up to the challenge.

Eric Green, CP, has been Noah’s prosthetist for many years, and considers it a privilege to have been a part of the 17-year-old's care over the years. “He’s engaged and involved in his care,” said Green, “and he wants to help get his prosthesis right.” When Green first started making legs for Noah, he enjoyed hearing what sport he was most interested in. “We had to make sure his prosthesis fit well and that it was able to keep up with his activity.”

In the last few years, Noah has been focusing his efforts on skiing. Noah has a custom-made prosthetic leg just for skiing. For his daily use, he has a prosthesis with a spring foot. “It gives him a lot of flexibility in his activity," said Green. "He can participate and do lots of things with that.”

Green, who has been making prosthetic limbs for over 30 years, loves making them for kids. “Kids who don’t let their lack of a limb stop them from pursuing their dreams are great to work for,” said Green. “They have a good idea of what they want to do, and I’m just helping them achieve that.”

Jamie appreciates that as her son has grown, the performance needs of his prosthetic leg have also increased. The POPS staff members have been so willing to make him what he needs to not only walk, run and jump, but also to feel confident and secure as a teenager.

She especially appreciates Green. “He has been our technician for many years,” said Jamie. “He has gone above and beyond to entertain, coach and support both Noah and me, as he grows into a new prosthetic often.”

Thanks to all the work that was put into making his prosthesis exactly right, Noah plays many sports, hikes, backpacks and skis. He has attended the Shriners Hospitals for Children Un-limb-ited camp, and has interests in joining the USA Paralympic team. Jamie also attributes how well-adjusted he is to his time spent at the Salt Lake City Shriners Hospital.

Noah is one to watch! At his young age, he is an entrepreneur. He has his own online clothing business: He created the website, marketed his products and is having great success. His current hobby is botany, and you can often find him out in the greenhouse with all his existing plants. Eric Green is excited to see what great things Noah will do as he goes out into the world! 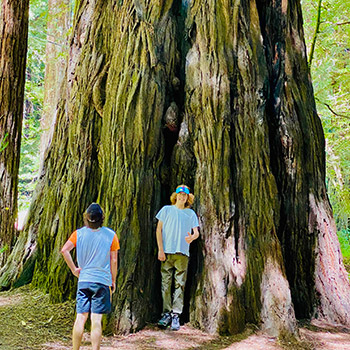