Go to Stations and Viewing

To celebrate a century of being a premiere healthcare organization for children and touching the lives of more than 1.5 million children, Shriners Children’s has enlisted the storytelling prowess of Disney and ABC to air a 30-minute special called Miracles, Magic & Milestones.

Hosted by Kristen Bell, it will air beginning on Friday, September 16, on ABC stations throughout the nation. This exclusive event is packed with inspiring patient stories and exciting surprise guests to mark the 100-year anniversary of delivering world class care at Shriners Children’s. 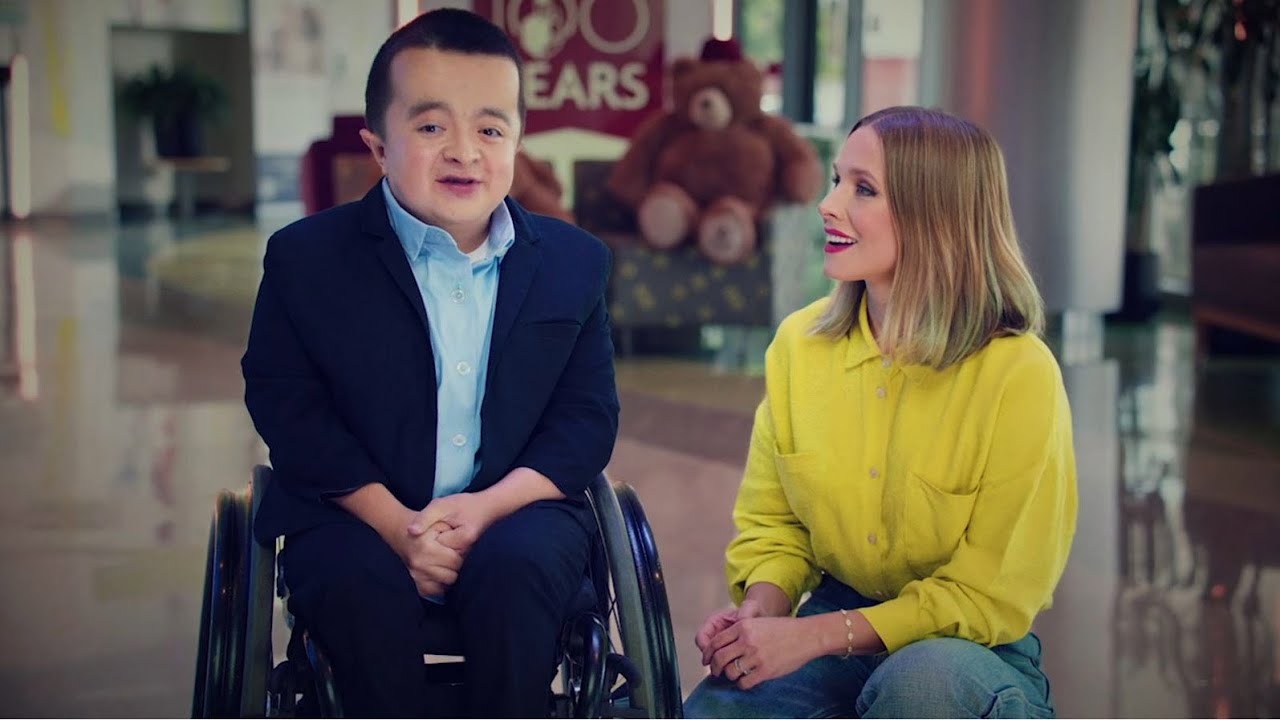 For 100 years, Shriners Children's has committed itself to being pioneers in pediatric medicine. Join host, Kristen Bell, for an exclusive 30 minute event, celebrating a century of the most amazing care anywhere. You'll hear inspiring patient stories, witness heartwarming reunions, and feel the joy of a few surprises along the way. Don't miss Miracles, Magic & Milestones, starting Friday, September 16th on ABC and streaming on Hulu.

In addition to airing once in each of our US markets, the special will air multiple times on Freeform, National Geographic and National Geographic Wild. For those who prefer to catch their entertainment via streaming apps, it will be available on Hulu as well. The show will also air on special ABC-owned stations that are outside our hospital network, in New York, San Francisco, Raleigh/Durham and Fresno.

“This television event is our opportunity to share our story with the world – the story of how Shriners Children’s has been a driving force in shaping pediatric specialty care for 100 years,” said Jerry Gantt, chairman of the Board of Trustees. “Our hope is that by sharing our story with such a large audience that ABC can bring, we can help more children in more places.”

This fast-paced program includes a number of compelling patient stories from throughout our system, and a focus on Shriners International as the “Men Behind the Mission.” It also covers a diversity of conditions we treat: cleft lip and palate, burns, scoliosis, amputation and prosthetics, arm and hand differences, and limb lengthening.

"To think what started a century ago not only stands today but has evolved to become one of the most respected healthcare networks in the world is beyond amazing. It’s not only a testament to the dedicated men and women who deliver world-class care in all our facilities across the continent, but the countless Shriners themselves who continue to fuel our efforts," said Kenny Craven, Imperial Potentate, Shriners International. “Without them, we simply wouldn’t have the resources and capabilities available to our patients today. That mission and tireless commitment to supporting the health and well-being of every child requiring specialized medical care is the embodiment of selflessness.”

The ability they [Shriners Children’s] have to give everyone care, no matter what the insurance, no matter what the cost, that kind of thing is really important for me. The humanity behind it all and, the fact that there are real people who pick up the phone for families when you need something.

On Thursday, September 15, tune in to Fox & Friends to see a Where are They Now feature and interview with Alec!

On our anniversary date, September 16, 2022, we will be celebrating in Times Square at Good Morning America. During the 8:30 a.m. half-hour, GMA will air a special story celebrating Shriners Children’s milestone and tell the story of National Patient Ambassador Katherine. In addition, they will host a large group of Shriners for a celebration outside their studios in Times Square.

Finally, stories about Shriners Children’s will air adjacent to the news on ABC stations during the weekend of our anniversary (Sept. 16-17), to promote our special Miracles, Magic & Milestones.

Look For Us At Times Square

During the entire month of September, Shriners Children’s will be featured on ABC’s Times Square Super Sign four times every hour. Our spot on the super sign will include a combination of video and animated versions of our 100th anniversary logo and the Miracles, Magic & Milestones promotional graphics.

Watch our social media channels to see video of the sign.