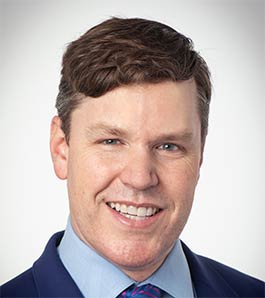 Sean Waldron, M.D., grew up in Medford, New Jersey. He was inspired to go into medicine by his father, who was a primary care physician in Medford for 40 years. Dr. Waldron attended Johns Hopkins University as an undergraduate and then returned to New Jersey for medical school at Robert Wood Johnson. He thoroughly enjoyed the time he spent working on the orthopedic surgery service and went on to do his residency in orthopedics at Case Western Reserve University in Cleveland, Ohio.

After working in New Orleans for 11 years, he had the opportunity to move back to the Philadelphia area and work for Shriners Children’s. He started working at Shriners Children’s in 2022 and is excited to be able to work with the lower extremity team, especially in sports medicine and cerebral palsy, as well as the motion analysis center. Dr. Waldron loves spending time at the Jersey Shore with his wife and two daughters.