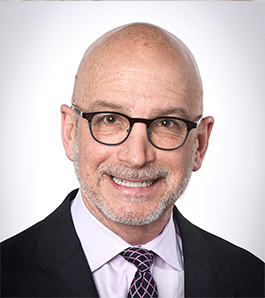 Scott Kozin, M.D., graduated from Duke University in 1982 with a degree in computer science. He completed medical school at Hahnemann University in Philadelphia, followed by orthopedic residency at Albert Einstein Medical Center. In 1992, he completed a fellowship at the Mayo Clinic focusing on hand and microvascular surgery.

Dr. Kozin cared for both adults and children until 2000, when he devoted his practice and research to children at Shriners Children's Philadelphia. Since that time, Dr. Kozin has been an advocate for improving the lives of children via research, education and patient care.

He is currently the chief of staff at Shriners Children's Philadelphia. He has published over 100 peer-reviewed papers, mainly on the care of children with various diagnoses including brachial plexus injury, spinal cord injury and congenital differences. He routinely travels to developing countries to operate on children in need. Dr. Kozin received the Weiland Metal from the American Society for Surgery of the Hand in 2010, which honors a hand surgeon/scientist who has contributed a body of research that advances the field.

Dr. Kozin was president of the American Society for Surgery of the Hand 2014. He implemented the Touching Hands Project to foster hand care around the globe with a focus on developing and underserved countries. The mission statement reads "Creating opportunities for hand specialists to give back their knowledge and expertise to the global community." The inaugural mission to Haiti occurred in 2014, and has increased to 10 annual missions around the globe. Dr. Kozin was a key member in the first pediatric hand transplant in 2015. The successful procedure transplanted bilateral arms to Zion Harvey and has been inspiration for children with missing limbs.

Dr. Kozin is also a devoted husband and father to his two children, Bryan and Samantha. During his leisure time, he enjoys travel, food and mountain biking.