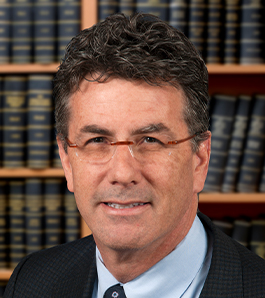 Robert Bernstein, M.D.'s father was a pediatric orthopedic surgeon, and he grew up wanting to be just like him. Thus, his career path was set early in his life. After residency, Dr. Bernstein started at Shriners Children's Pasadena and loved the tripartite mission of clinical care, research and education. Although he left Shriners Children's as his career advanced, he knew he always wanted to return to that mission. And about three years ago, he received a call asking that he look at Shriners Children's Portland. As soon as he arrived and met the medical staff, he knew it was his home.

While he does general pediatric orthopedics, Dr. Bernstein specializes in spinal disorders and skeletal dysplasias, and has a particular interest in global health. He loves his patients and the environment in which he works, saying that Shriners Children's is truly his career home.

Pediatric specialty care for children throughout Oregon and beyond