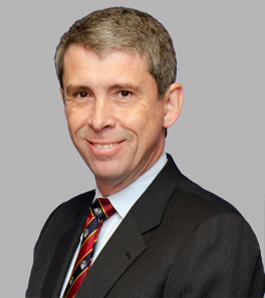 Long before he became a physician, Robert Drummond, M.D., CCFP(EM), FCFP, became a Shriner at the age of 23. He was introduced to the fraternity by his father who was already a Shriner, who also introduced him to Shriners Children's Canada. As soon as Dr. Drummond walked through the doors of the hospital, he was captivated by what the hospital was doing for the children and their families. He was very moved and impressed by the care the patients were receiving. Dr. Drummond's brother Alan was already a physician and he knew he wanted to be a doctor one day too. For Dr. Drummond, Shriners Children's is the perfect marriage of what he likes to do – treat patients, and help children grow.

Dr. Drummond is a talented musician and plays guitar in a band, and has even performed at several fundraising events for the hospital. He was chairman of the Hospital Board of Governors in 2010-2011, and has been chairman emeritus since 2012.