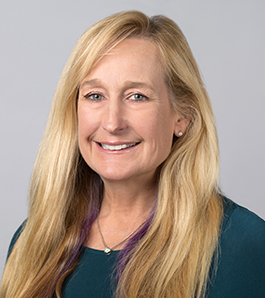 Kristen Carroll, M.D., grew up in Massachusetts and went to Brown University (BA English literature and neuroscience) and then attended Albany Medical College. From age 7 through medical school, she competed and coached as a professional water skier. She then moved to Utah for her residency, followed by fellowship at the University of Utah training at both Shriners Children's Salt Lake City and PCH. She joined the University of Utah in 1996, working at both Primary Children's Hospital and Shriners Children's. Over the past 10 years, she has focused more on children with neuromuscular disease such as cerebral palsy, myopathies and neuropathies.

Dr. Carroll has served as chief of staff at Shriners Children's Salt Lake City since 2014. She became a full professor of orthopedics in 2015. She received the Sherman S. Coleman Presidential Chair in pediatric orthopedics in 2019. She has served as chair, or member, of the committee for residency selection for the University of Utah for 25 years. Now, she is chair of the University of Utah Committee on Equity, Diversity and Inclusion.

Dr. Carroll has been married to Steve Bott, M.D., (cardiac anesthesia and medical director of the Air Medical Team for the University of Utah) since 1994. They have two sons, Finn, and Ryan.

Pediatric specialty care for children throughout Utah and beyond