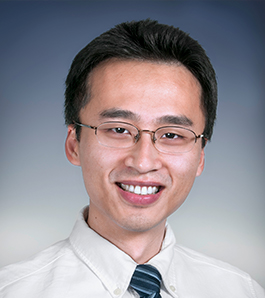 In third grade, during a trip back to his birthplace in Taiwan to visit family, John Liu, M.D.'s uncle asked him what he wanted to be when he grew up. He said "a doctor" because he liked helping people and was fascinated by how the human body works. A few years and countries later, Dr. Liu's mother was hospitalized for a month in a burn unit and, since then, he has been looking for ways to give back.

He started by volunteering at the same hospital delivering lab slips, flowers and running errands. With over a decade of additional school and training in Boston, New York and at UC Davis, he became a specialist in pediatric anesthesiology, so that he could take care of these most vulnerable patients and alleviate the pain and suffering that can come with procedures necessary for the healing process. When Shriners Children's gave him the opportunity to care for patients in the same way that his own mother was cared for years ago, he jumped at the chance. He says that working at Shriners Children's has been and continues to be a most fulfilling endeavor.

For fun, Dr. Liu likes to play badminton, ski, swim and bike. He also enjoys traveling and has participated in medical missions to treat craniofacial deformities in underserved countries such as Guatemala, the Philippines and Myanmar.