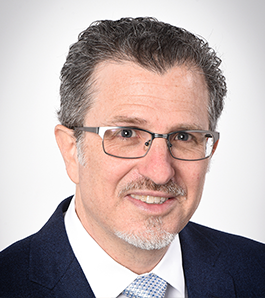 Dan Zlotolow, M.D., is a pediatric upper limb and peripheral nerve surgeon at Shriners Children's Philadelphia and Greenville. He was born in Buenos Aires, Argentina and moved to Philadelphia with his family as a young boy. Growing up in the Philadelphia suburbs, he became a scholar-athlete, graduating from Conestoga High School with school-wide honors and varsity letters in both wrestling and soccer. He received his Bachelors of Science degree in microbiology from Haverford College, where he also minored in political philosophy. He continued to wrestle and play soccer until a knee injury took him out of athletics altogether. To remain involved with the teams, he became an assistant athletic trainer during college, where he learned many of the skills that would later be incorporated into the Handbook for Casting and Splinting.

Dr. Zlotolow received the Harris Scholarship to attend the University of Pittsburgh School of Medicine, where he was inducted early into the Alpha Omega Alpha medical honor society. After graduating with honors, he spent a year at the Rothman Institute as a research fellow before continuing on to New York City for orthopedic residency at the Albert Einstein School of Medicine Montefiore Medical Center. There, he developed his love of pediatric hand surgery and was named best orthopedic resident.

He was fortunate to receive a fellowship at the prestigious C.V. Starr Hand Surgery Center in New York City, which included training in pediatric hand surgery at the Texas Scottish Rite Hospital for Children under the direction of Peter Carter and Marybeth Ezaki. After four years of practice in adult and pediatric hand surgery at the University of Maryland, he was granted a second fellowship with Scott Kozin at Shriners Children's Philadelphia. Dr. Kozin and Dr. Zlotolow have worked together ever since, teaching and learning from each other, and advancing the care of children throughout the world through education, research and clinical excellence.

Dr. Zlotolow specializes in the care of children with arthrogryposis, brachial plexus and peripheral nerve injuries, spinal cord injuries, complex post-traumatic deformities, congenital differences and limb deficiencies. He leads medical outreach missions to Havana, Cuba and Kigali, Rwanda and has founded three professional societies including Plexus Nexus and the Pediatric Hand International Society of Surgeons (PHISOS). He travels nationally and internationally as a visiting professor and lecturer. He was also a team leader for Zion, the first pediatric hand transplant.

As a professor of orthopedic surgery at the Sidney Kimmel Medical College at Thomas Jefferson University, he is a leading researcher in the field of pediatric hand surgery. He has published over 100 papers, edited three books, including the authoritative The Pediatric Upper Extremity, and written over 60 book chapters. He has run over 20 courses, including hand and pediatric hand specialty days at the American Society for Surgery of the Hand, the Pediatric Orthopaedic Society of North America and the American Association of Hand Surgery. He is a co-director of the international Pediatric Upper Limb and Microsurgery lecture series. He has given over 150 national and international invited lectures and is considered a top international expert on brachial plexus injuries, spinal cord injury, the pediatric elbow, acute flaccid myelitis and arthrogryposis. He has treated the most children with arthrogryposis and with acute flaccid myelitis in the Western Hemisphere.

He believes that every child is an individual, in personality, in the manifestations of their disease, and in their goals and limitations. He believes in a cooperative, creative and innovative approach to the care of his patients. The hardest thing for him is to tell a child that there is nothing we can do to help. In addition to developing several new surgical procedures, he has also traveled extensively to learn the latest innovations from surgeons around the world. He has brought the pre-vertebral contralateral C7 nerve transfer, selective denervation for spasticity, and the capitellar osteochondral autograft transfer procedure to the Shriners Children's, to name a few.

Dr. Zlotolow enjoys spending time with his wife and twin children, cooking and eating, traveling and learning from other cultures, scuba diving and reef aquaria, and struggling to learn guitar.