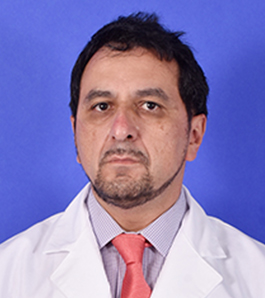 Dr. Carlos Orellana has been an orthopedic surgeon at the Shriners Hospital for Children Mexico since 1999.

He graduated as a medical surgeon from the La Salle University. He completed his residency in orthopedic surgery at the Shriners Hospital for Children Mexico in 1994, and the pediatric orthopedics subspecialty at the DuPont Hospital in Wilmington, Delaware.

He is a member of the American Academy of Orthopedic Surgeons and the North American Spine Society, and was president of the Mexican Society of Pediatric Orthopedics in 2005.