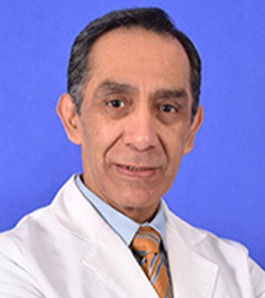 He began his rotating residency at the Cuernavaca Civil Hospital.

He began his subspecialty in 1988 at the La Raza National Medical Center of the IMSS.

He completed a subspecialty in Plastic and Reconstructive Surgery at the Specialty Hospital of the La Raza Medical Center of the IMSS.

In 1992, Dr. Fajardo completed a rotation abroad, at the NYU Hospital, under Dr. Joseph G. MacCarthy, and the Manhattan Hospital under Dr. Sherell Aston.

In 1994, he became an associate professor and ran undergraduate student training courses for students their 3rd and 4th years at the UAM, UNAM, La Salle University, Autonomous University, IPN and the Mexican Navy.

Since 2008, he has been in charge of the Plastic Surgery Service of the Regional General Hospital # 2 of the IMSS where he presents several conferences on themes such as Reconstruction of the lower limb after Severe trauma with local muscle flaps and Treatment of traumatic hand injuries, in this last institution, where he completed years of institutional service in 2006.

Since 2018, Dr. Fajardo has been a member of the Shriners Hospital for Children Mexico’s staff as a Plastic and Reconstructive Surgery Service Doctor.