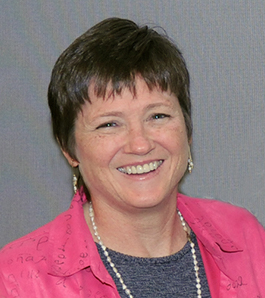 Ellen Raney, M.D., completed medical school and an orthopedic residency at Tulane University in New Orleans, Louisiana. She completed a fellowship in pediatric orthopedics at Shriners Children's Florida. She has continued to work in the Shriners Children's system. Initially, she remained in Tampa as an attending surgeon. She then accepted a position in Honolulu where she stayed for 13 years.

She learned many valuable lessons while caring for children in the Pacific Basin. The region encompasses an area larger than the continental United States. She spent a decade working both as a pediatric orthopedic surgeon and as the chief of staff of Shriners Children's Honolulu. She is currently at Shriners Children's Portland as an attending orthopedic surgeon and is the president of the medical staff.

Dr. Raney cares for children with a wide range of diagnoses including limb deformity, clubfeet, neuromuscular diseases, scoliosis, cerebral palsy, gait analysis and hip dysplasia. Her research interests include limb deformity, genu varum and clubfeet. She was president of Western Orthopedic Association, Hawaii Orthopedic Association, and the Ruth Jackson Orthopedic Society. Much of her work with national organizations such as AAOS, POSNA and AAP is dedicated towards reducing health care disparities and improving care in underserved areas.