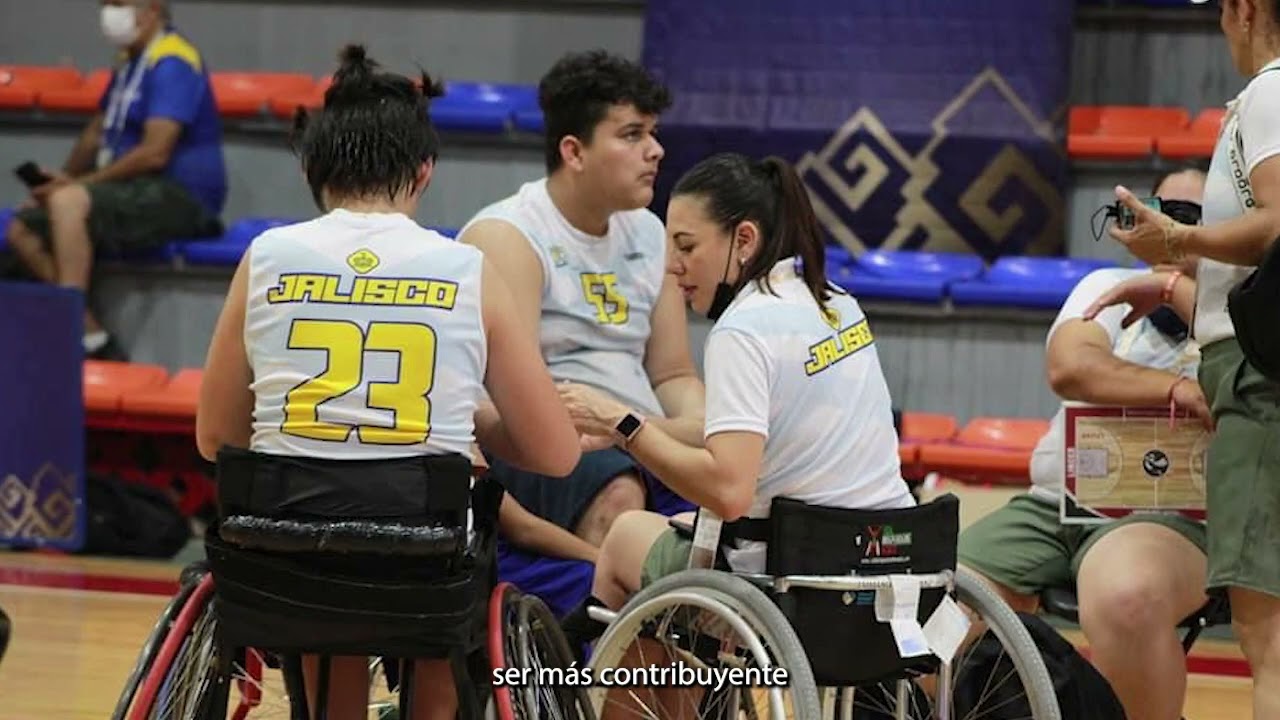 Question: What sport do you play and since when, Alejandro?

Question: Why did you start to gain interest in basketball?

Alejandro: Due to team unity and because it was more interesting to me than other sports.

Question: What led you to basketball?

Alejandro: The help of a friend I met at an event.

Question: What other sports have you been interested in?

Question: How was your journey through weightlifting?

Alejandro: I went to Colima and I obtained a gold medal, and on a wheelchair (dance) I won five. For these five disciplines I participated, I won one gold medal, two silver medals and got the bronze on the rest of them.

Question: Why did you decide to focus on basketball?

Alejandro: I decided to play basketball because it is more feasible, as I’m good at it. I am more closed with this team than with other people, this is the reason.

Question: What competition are you preparing for?

Alejandro: I am preparing for an international under-23 team that will take place in Cancun in March or May, for those two months. I am also preparing for a sub-21 competition that will be held in Bogota, Colombia.

Question: How long have you been a patient at Shriners Hospital?

Alejandro: Year and a half.

Alejandro: Being able to play like a child, that is what I like, playing like a child. It is very powerful, really. I cannot describe how. But the answer to your question is that I like to play as a child.

Question: How many medals have you won in basketball?

Alejandro: I don't know (laughs). I've about 15; about seven in basketball.

Question: What is your goal in sport?

Alejandro: Arrive in another country to play; this is my goal, which I am already considering. I have to be much smarter, be more of a contributor and participate in other international competitions and play, for example, in Spain, Italy, something like that.

Question: What was your first approach to the Shriners Hospital like?

Arturo: We already knew about this hospital from the moment he was amputated, because the doctor who amputated him somehow recommended that we come here.

Question: What is the diagnosis for which Alejandro arrived?

Arturo: He had an accident as a child. When he was eight years old, playing with his classmates, a concrete slab fell on him and it fell on his leg and practically disintegrated his ligaments and mainly his arteries. And, well, there was no other choice but to amputate him.

Question: Does Alejandro receive care at the Prosthetics Department?

Arturo: Yes, we went directly to the Prosthetics Department. That same day the doctor examined him and accepted him; that same day they began to take action. We come every 15-20 days and have been coming periodically.

Question: Has Alejandro received a prosthesis made at Shriners Hospital?

Arturo: Yes. In fact, today we left it here to get its socket fixed.

Alejandro: Don't get discouraged, give it a try; everything happens for a reason and more doors will open for you. If a door closes before you, more will open; move forward for yourself.