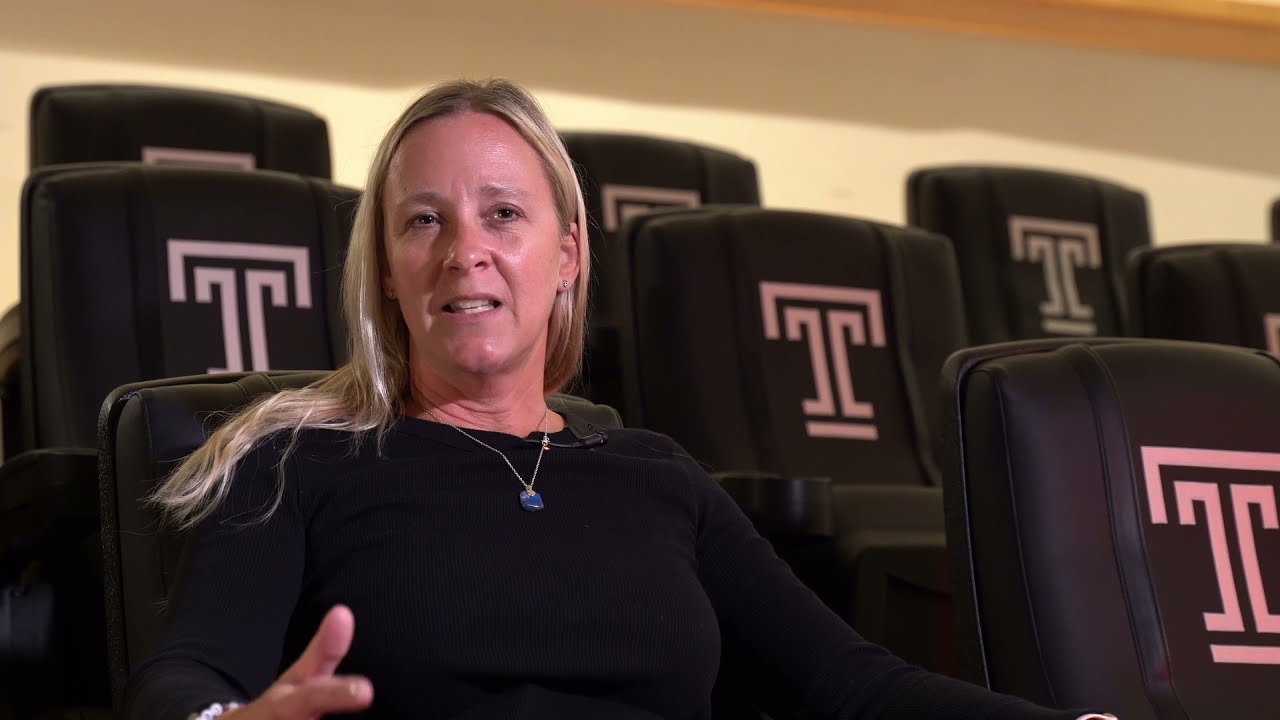 As Cole was riding his bike a few months ago, he was struck by a vehicle and was thrown a distance of over 30 feet. He was airlifted to be treated for his traumatic brain injury (TBI). He was then referred to Shriners Children's Philadelphia for rehabilitation and speech therapy, where he has made tremendous progress. Before his accident, he played on three competitive basketball teams. Basketball is his entire life. It was an honor to be able to send Cole to play with the Temple Owls during one of their practices, and for him and his dad to watch them play at the Shriners Children's Charleston Classic
View Transcript

Kenny Craven: Today, we are partnering with Temple University to have one of our patients from the Philadelphia Hospital to come over, Cole, to be part of the basketball team.

Jennifer: Cole was going to his friend's for dinner. My phone rang and it was a FaceTime from him and a strange woman was on the other end of that phone call.

She said, "Your son Cole's been in an accident. You need to get here." She said she had walked past Cole, his friend was behind him on his bike as well. She heard the impact of his head, his head hit the windshield, and then he flew about 30 feet. She said she turned around the saw flying through the air. He cracked his frontal lobe, his temporal lobe, his brain was bleeding, he had two bruises on his brain. Shriners called me Friday with an appointment on Monday. So that's how quickly we were there. It was like we were meant to be there. We worked primarily with two different therapists that were amazing. Everybody was very helpful.

Cole: Physical therapy, that was fun because she made me lift a little bit of weights. It's really nice that they want to save other kids' lives like mine and they helped me get back to what I was normally from the accident. They kind of put me back together.

Khalif Battle: Everybody goes through something, some people worse than others. He's been through something so traumatic and he's able to bounce back that quickly. So it shows a lot about the person he is.

Cole: Shriners Hospital has helped me get back on the court and let me play.