Zavi’s Medical Journey with Shriners Children’s, from Toddler to Teenager

From the moment he first stepped onto a baseball diamond, Zavi was officially hooked on the sport.

“Baseball is life,” he said. “I love it more than anything, and I don’t know what I would do without it.” He started playing T-ball at age 4, and unofficially took on the position of shortstop.

“At that age, they play a little bit of everything,” said Aleisha, Zavi’s mom. “It’s the cutest.”

Now in seventh grade, the 13-year-old continues to dedicate his time and excel in the sport. He loves to play second base, but he also pitches from time to time. Regardless of position, what remains consistent is Zavi’s commitment to the sport. His coaches always commend him for giving 110% and for being such a team player.

“He always helps other kids in need,” Aleisha said. “He makes sure everyone feels accepted because that is all he ever wants for himself.”

Zavi was born with fibular hemimelia, a rare condition in which part or all of a leg’s fibular bone is missing. He was also born with a little foot that had only three toes and nearly no ankle. After his initial evaluation with the Shriners Children’s Florida medical team, doctors recommended amputating his foot. When he was 8 months old, Zavi underwent his amputation and remained in the hospital for five days. Once his first prosthesis was ready, Zavi began physical therapy. To everyone’s amazement, he needed only a week to adjust to this new device.

“He truly is an inspiration to so many,” Aleisha said. “Watching his determination now, it reminds me of those early years – where he let nothing slow him down. Despite the challenges he faces, he is so positive and I couldn’t be more proud of him.”

Whether it’s batting practice or a big tournament, you can easily spot his mom, dad, and little sister, Zoë, cheering him on from the stands. His family and supporters love to see the athlete thrive in his element.

Most recently, Zavi tried out for and made “The Tampa Bay Ballers,” a AAA travel team comprised of 13 athletes that competes at a higher, more competitive level.

Just last summer, Zavi traveled to Cooperstown Dreams Park in New York, where baseball’s finest go to play. This invitation-only tournament is quite prestigious, so when Zavi and his teammates got the call, they were eager to take a swing at the competition. Cooperstown Dreams Park has a long legacy of inspiring youths to dream big, and to use the fundamental principles of baseball to help them accomplish those goals. This resonated with Zavi, as he was the first baseball player with a prosthetic to travel to and compete at Cooperstown.

Being invited to Cooperstown meant the world to me, and I couldn’t help but reflect back on how far I’ve come.

Just as Zavi’s relationship with Shriners Children’s began early in life, so did his Patient Ambassador role. He started participating in photoshoots when he was 3. Fast forward to today, and he is still being called on for commercials, radio shows and television appearances. Despite a busy schedule, Zavi and his family always make the time to talk about his care and what Shriners Children's means to them.

For the past six years, Zavi has proudly served as an official “kid captain” for the University of South Florida’s Dance Marathon fundraising event. Through this, he has created bonds with college students who say they have made a forever friend in the teenager. Not only do they keep in contact with Zavi’s parents for updates on his medical journey, but some students have even shown up to his baseball games with homemade signs to cheer him on.

The middle-schooler loves history, consistently makes the honor roll and recently received an invitation to be inducted into the National Junior Honor Society. When he was in elementary school, Zavi was invited to participate in the fourth grade speech competition. His topic was Shriners Children’s and he took home second place. He is grateful for the care he receives and is proud of his prosthetic.

“All of my legs have been super cool,” Zavi said. “My friends think so, too. They think I’m just like Iron Man. They ask me if I can fly.”

What’s next for Zavi; hopefully, his first ever official home run. Thanks to the team in the pediatric orthotics and prosthetic services department (POPS), he is one step closer to realizing that goal every time he laces up his cleats.

“All of the amazing things he can do is because of Shriners Children’s,” Aleisha said. “You’ve helped him to not only become the best baseball player he can be, but also the best version of himself.”

The POPS department designs, fits and manufactures orthotics and prosthetics for children, including infants, teenagers and young adults. These devices – including shoe inserts, braces and artificial limbs (both arms and legs) – provide the support children need to meet their full potential and pursue their dreams. For more information on POPS and how to schedule an appointment, please call 800-237-5055 today.

A look back at Zavi's legs, ambassadorship and athletic accomplishments. 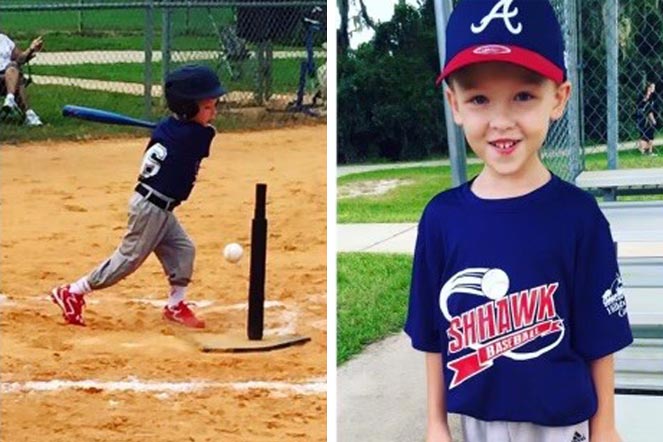 Zavi, age 4, playing T-ball and smiling in his uniform. 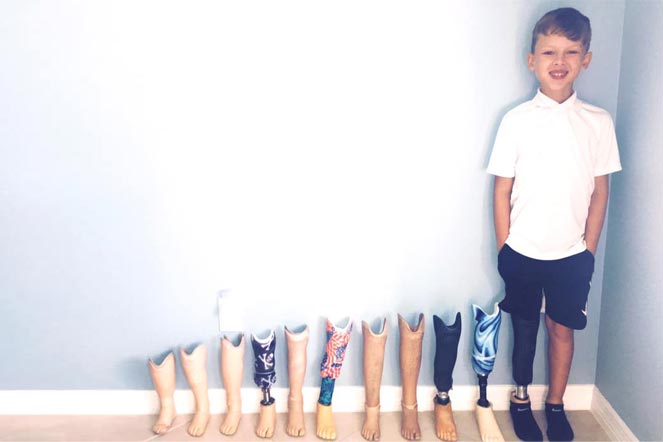 Zavi proudly poses alongside each of his prosthetic legs, customized by the team in the POPS department. 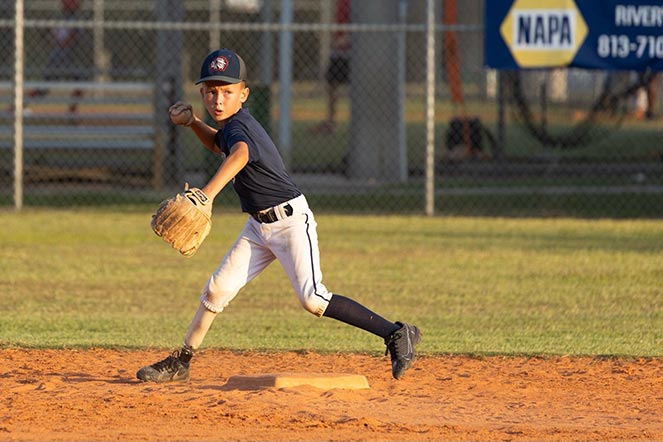 Zavi in action, playing second base during a game in the summer of 2021. 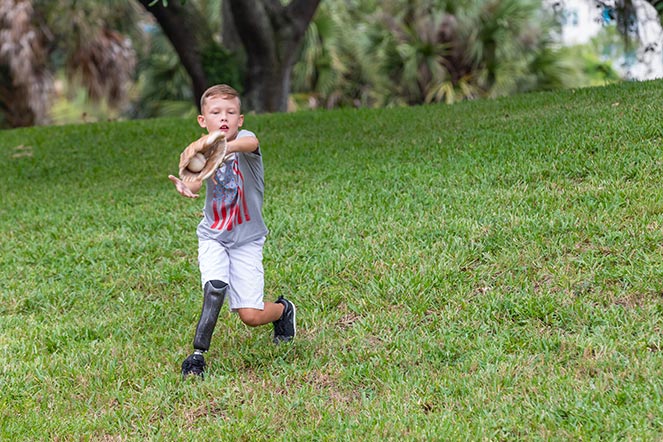 Zavi plays catch on set during a Shriners Children's commercial shoot, showing off his skills. 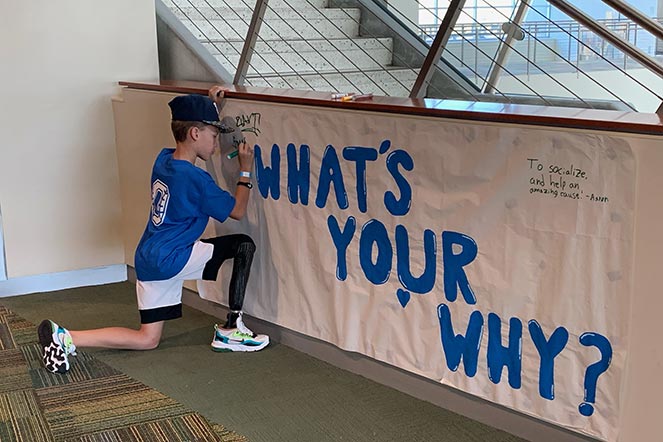 Zavi takes a knee at USF's 2022 Dance Marathon event, where the "kid captain" signs a poster meant to motivate participants.