Back in the Game

Sammy has made a full return to competitive golf and football after highly specialized sports medicine knee surgery and rehabilitation.
Sep 08, 2022

Sammy is a high school senior who loves to fish, play football, golf and joke around with his friends. Multiple knee dislocations over the years and eventually surgery brought him to Shriners Children’s Northern California. Since undergoing knee surgery one year ago, Sammy is back to all the activities he loves.

When Sammy was 11 years old, he dislocated his knee for the first time playing nerf basketball. His left knee came down hard on tile flooring and his lower leg twisted. Since Sammy had almost no pain and the knee twisted back in place quite easily, the family didn’t seek treatment.

A couple years later, Sammy was playing at home and fell hard on his right knee forcing his kneecap over to the side of his leg. This time Sammy’s parents took him to the emergency room because the kneecap was stuck to the side and immobile. The doctors put his knee back in place and Sammy’s pediatrician later referred him to Shriners Children’s Northern California.

“The doctors wanted Sammy to go to Shriners Children’s because at that point he had had two major dislocations but almost no pain,” said Sammy’s mom Jill. “The doctors were worried he might have Marfan syndrome, a condition that affects the connective tissues that hold the body together, causing weak joints to easily dislocate.”

Sammy’s medical team was led by Nicole Friel, M.D., an orthopedic surgeon and sports medicine specialist with Shriners Children's Northern California. Dr. Friel and the Shriners Children’s team ruled out Marfan syndrome, and recommended he resume normal activities and keep an eye on his knees. When a knee is dislocated, the likelihood of it happening again is quite high. Sammy went back to normal activity and was monitored by Dr. Friel and the medical team.

About two years later when Sammy was 15, he was playing linebacker for his high school football team. He made a tackle with hard impact to his right knee forcing his kneecap to the side of his leg, yet again. This time, the injury was severe enough that Dr. Friel recommended surgery. An MRI revealed Sammy’s medial patellofemoral ligament (or MPFL) was extremely stretched. Without surgery, the ligament would most likely remain too long, the kneecap would remain slightly out of place, and his knee would remain weak and injury-prone. Dr. Friel explained the pros and cons of the surgery to Sammy and his family.

“Dr. Friel took the time to explain all the pros and cons with Sammy, of having surgery or not,” said Jill. “I know she’s very busy, but she always took the time to talk to Sammy and explain everything. And she treated him as an equal, someone who is part of the education and decision.”

They were dedicated to helping Sammy get his strength back so he could get back to doing all the things he loves.

Sammy opted for surgery and had MPFL reconstruction in June 2021. Dr. Friel performed the complicated procedure on Sammy’s knee, using donor tissue to reconstruct his MPFL. This specific procedure requires a high level of surgical skill and attention to detail for optimal results.

“This is a very difficult surgery,” said Jill. “I did lots of research on my own and knew Dr. Friel has stellar credentials and is very good at what she does. We trusted her to do it exactly right.”

The surgery went as planned and after keeping his knee fully isolated in a brace for several days, Sammy began working with the Shriners Children’s physical therapy (PT) team to regain strength, full range of motion and function in his knee. Sammy participated in several rounds of stimulation therapy where electric nodes attached to his leg stimulated the muscles around his knee. Sammy drove 45 minutes to Sacramento each week to work with Shriners Children’s PT team – a testament to how impressed and comfortable they were with the PT team’s enthusiasm and expertise.

“The physical therapy team was just amazing,” said Jill. “They were fun to work with and had such great energy. They were dedicated to helping Sammy get his strength back so he could get back to doing all the things he loves.”

Sammy made a full recovery and was cleared for a full return to athletic activities after seven months. Today, one year after surgery, Sammy’s back to playing golf and football with a healthy kneecap positioned right where it should be.

Sammy was recently designated an all-league player and competed in the playoffs for golf. He is currently back on the football field training for his senior season this fall. Sammy is looking forward to his senior year of high school and plans to study business in college. He credits his entire Shriners Children’s team for helping him get back out on the field of play.

Sports Medicine Care That Puts Patients Back in the Game

Sammy is back to competitive golf and football just seven short months after surgery. 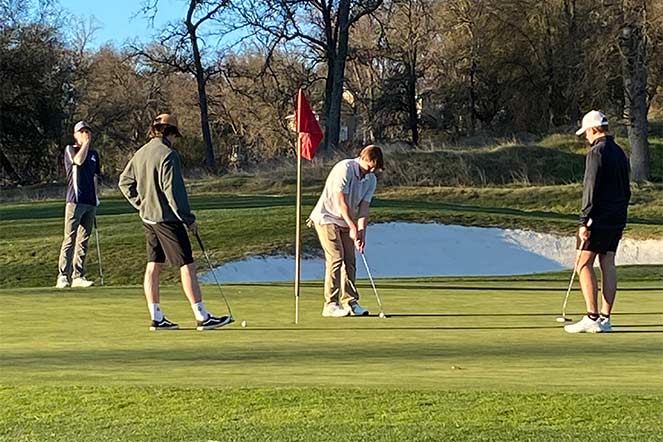 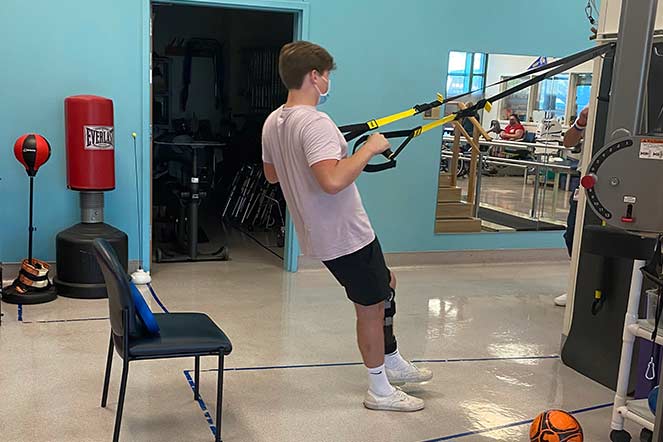 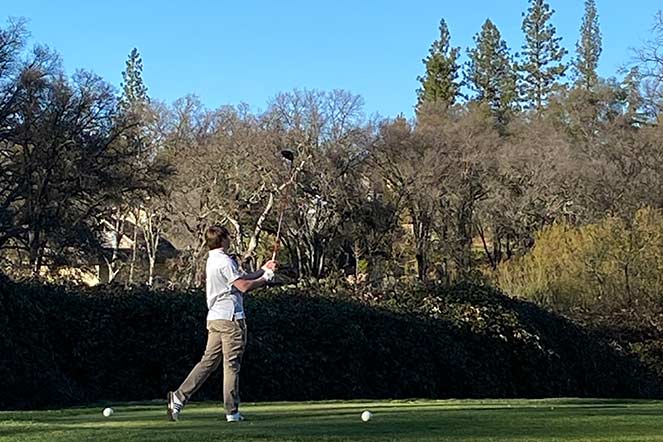 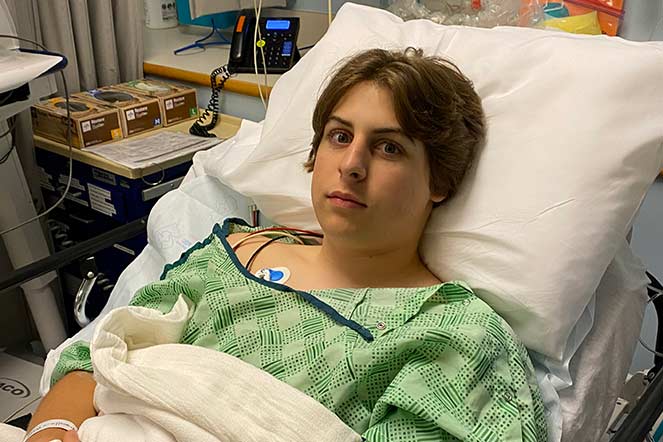 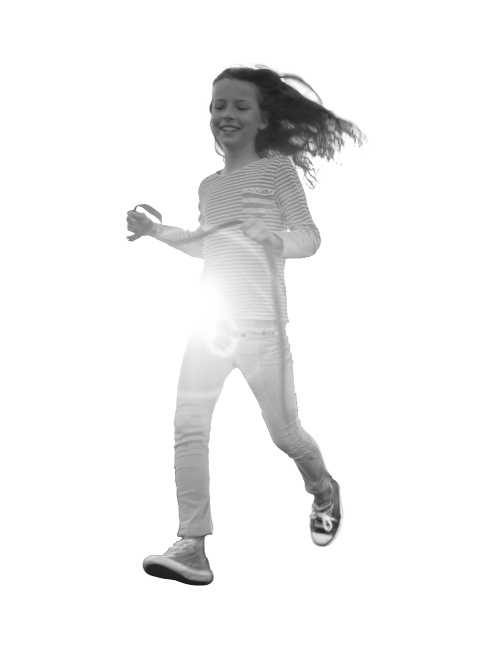 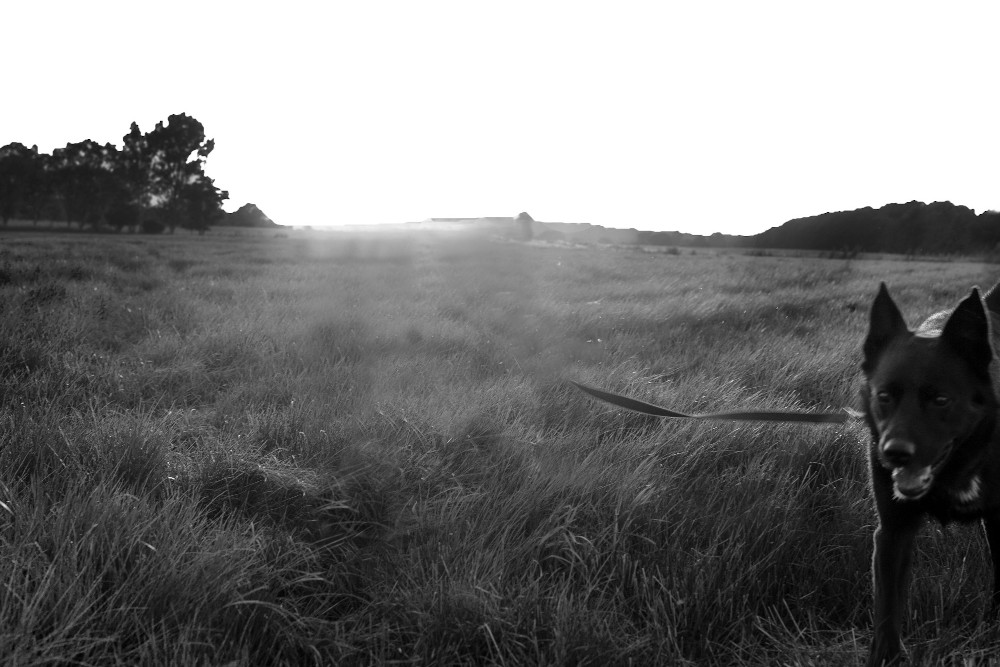