Judah: Don’t Be Scared of My Hands

Understanding what Judah wants is just as important as understanding his medical needs.
Aug 23, 2022

Judah’s hands don’t look like you’d expect. His fingers appear shorter than his peers and are sort-of knitted together. However, Judah doesn’t let his hands limit his activity and he doesn’t want them to limit the way people interact with him.

“I don't want people to be scared of my hands,” said Judah.

Judah, a 7-year-old, adapts because kids just want to have fun: he climbs on the monkey bars using his wrists and rides a bike with hand brakes.

Judah was born with amniotic band constrictions (ABC) or a kind of ‘mitten hand’. ABC is caused by damage to the amniotic sac while the baby is developing in his or her mother's uterus. That damage allows bands to enter the amniotic fluid. Sometimes, the bands wrap around parts of the baby’s body: fingers, arms, toes, etc., causing damage.

I know my hands are special, but they can do the same things as everyone else's hands. I don't want people to be scared of my hands.

“Judah is a totally rational and reasonable kid. It often happens in kids with small nubbins, they become attached to that body part. The nubbin becomes important to who the child is. Functionally, I thought it was getting in the way. Judah didn’t want to let go of that at that time,” reflected Charles Goldfarb M.D., Shriners Children’s pediatric orthopedic surgeon.

So far, Judah has undergone five surgeries with Goldfarb and the team at Shriners Children’s St. Louis. First, they relieved pressure in his right hand as it was important to his parents Judah not be pain. The other surgeries were considered “reconstruction” – helping him get the full use out of each hand. That brought attempts to lengthen his thumbs and untie his little fingers or ‘nubbins’.

One day, Judah heard a loud ‘pop’. Even as a 7-year-old, Judah’s intuition told him that sound wasn’t good. The ‘pop’ came from that longest finger, the one he’d come to love.

“Dr. Goldfarb was incredibly understanding and spoke directly to Judah, which we appreciated. He explained to Judah the pros and cons of removing the injured part of the finger and that ultimately, the decision would be in Judah's hands (pun not intended),” smiled Mary, Judah’s mother.

Especially when these kids have birth differences, they have a point of view. We have to listen to what they want – and not just do what they need."

It wasn’t long, however, until that finger contracted an infection. It turned black and Judah lost all feeling in it.

Surgery was necessary. Dr. Goldfarb knew it. Judah knew it too. Mary says Dr. Goldfarb promised to save as much of Judah's prized finger as possible. He kept that commitment – Judah can ride his bike and use his hand brakes as well as ever!

This sort of trust, between a doctor and a pediatric patient, is essential.

“We have always been proud and honored to be able to call Judah our son. This little blip with the last surgery on his finger proved you can't keep the Judah-man down for long,” said Mary.

Beyond his bike, Judah is back to being a master of the monkey bars and a card shark at the dinner table, proving the adaptability of children born with differences is awe-inspiring.

“It’s remarkable. The coolest thing ever! If you’re born with certain limitations but it’s all you know, you’re going to do great! Judah is a wonderful example of that. He has an incredibly supportive family,” said Dr. Goldfarb.

Judah, in His Own Words

What do you love most about yourself? I love that my hands are different.

What do you enjoy doing most? I like to play card games and board games. I also like to ride my bike.

What sort of things can you do with your hands that other people might be surprised to learn about? I can write my name in cursive. I got to learn before the other kids because I learned in first grade and they learned in second grade. I also can swing with my wrists and climb a rope ladder on the playground.

What do you hope other people can come to understand about people with hand differences? I want people to know it's okay to have different hands. I know my hands are special but they can do the same things as everyone else's hands. I don't want people to be scared of my hands.

Judah Knows How to Have Fun

This 7-year-old chooses to adapt, instead of limit himself, based on his diagnosis. 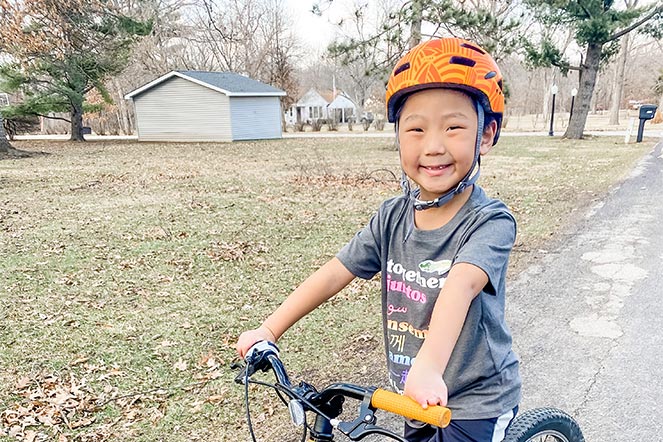 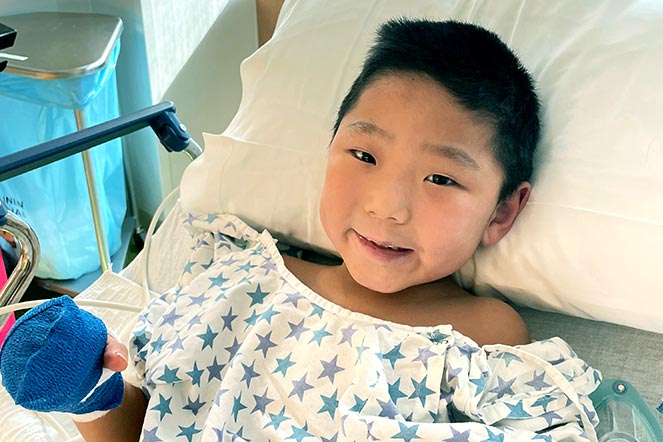 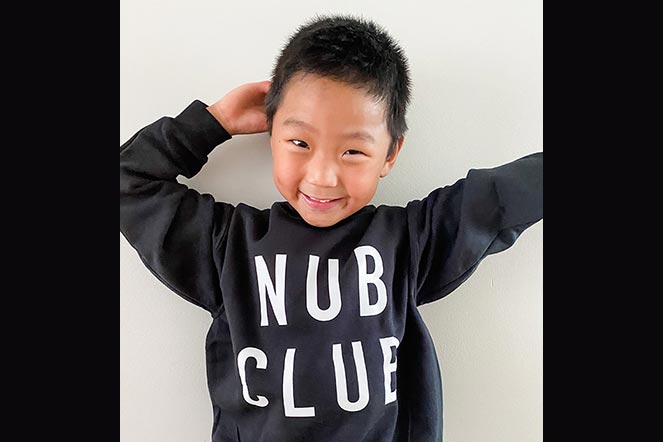 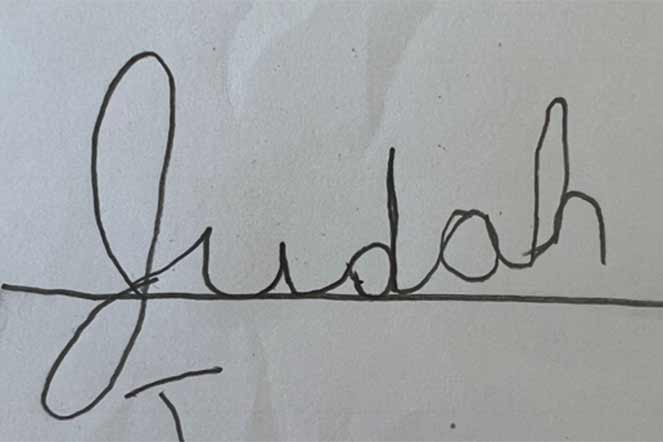 Judah shows off his cursive handwriting.