From Casts to Marathons

Nellie overcame all odds by becoming a marathon runner.
Aug 09, 2022

Nellie’s journey from a baby with clubfoot to a distance runner who recently completed her tenth marathon – New York’s famed race – can’t really be measured in the miles and kilometers she has logged.

“The [clubfoot] diagnosis was immediate,” said Nellie’s mother, Jane. “Nellie's feet were so misshapen at birth it was obvious she had a serious problem. She got her first set of casts just two weeks after birth and those were changed biweekly as she grew.”

Nellie wore braces for more than a year before transitioning to high top shoes and eventually regular Oxfords with corrective orthotics designed specifically for her feet. No matter what phase of treatment her daughter was in, Jane said Nellie was never held back.

“I don't think we ever looked at Nellie's feet as a handicap,” she said. “She always kept up with her cousins. We went on with life as usual.”

This perseverance became a theme throughout Nellie’s life – a determination to continue setting and achieving goals no matter her physical condition.

“Nellie has always been a runner,” Jane said. “I distinctly remember her as a toddler running full tilt back and forth across the yard as I hung laundry. I think she felt a freedom being out of the braces and high top shoes, and running was her way of expressing it, but at that time I imagine marathon running was probably the last thing on my mind.”

Nellie's feet were so misshapen at birth it was obvious she had a serious problem.

Doctors began treating Nellie’s feet almost immediately after she was born in July 1982, casting her lower legs and feet at just 2 weeks old.

“I don't remember if the local doctors told us about Shriners, but my father was very active in the Knights of Columbus,” Jane said. “Clyde, Nellie's father, and his father belonged to the Moose Club, so we were very familiar with fraternal organizations and their philanthropy. Clyde worked with a gentleman who was very active in the Shriners who sponsored Nellie and put us in touch with the hospital in St. Louis.”

By Christmas of the same year, before she had even turned six months of age, Nellie was scheduled for surgery at Shriners Children's St. Louis to correct her feet.

Nellie and her family lived in southern Illinois, approximately 80 miles from the St. Louis hospital, but Jane’s sister lived in St. Louis County.

“We made a family visit out of our appointment trips and I was able to stay at my sister's when Nellie had the surgery,” Jane said.

Surgery went well, and Nellie continued treatment with various braces and shoes for most of her childhood.

It's people who care about children. They work miracles.

“[Then] when I was in fifth grade, I tried to run cross country and my feet just hurt so much and we didn't know what was going on,” Nellie said.

Nellie returned to Shriners, where she learned she had a condition called plantar fasciitis, an inflammation of a thick band of tissue that connects the heel bone to the toes. Doctors implemented an orthotic arch support to correct the condition and ease Nellie’s pain.

“We had to try a couple different pairs, but they got something that worked for me, and they made those for me every year until I finished high school,” Nellie said.

On The Road Again

“After I had my daughter in 2009, I was like, ‘I need to get back in shape,’” Nellie said. “And I wanted to connect with some social groups. So I joined Seattle Frontrunners (an international organization for LGBTQIA+ runners and walkers) and started running with them. And now I also run with another club in Seattle.”

Nellie ran her first marathon in 2012. Last fall, she ran her tenth marathon among more than 50,000 runners in New York City. This was also her first visit to the city.

“It's kind of an incredible way to see a city,” Nellie said. “The New York City Marathon goes through all five boroughs.”

“They say the Chicago Marathon goes through like 27 neighborhoods,” she said. “People come out and cheer and you can kind of see the distinction – like there's the Puerto Rican [neighborhood], Mexican neighborhood. There's the gay neighborhood; they have drag queens on a stage – so you can see the different cultural and ethnic makeup of those communities. That's great.”

Though Nellie has no memory of her early treatment for her clubfeet, her mother has been able to reflect on her daughter’s journey from being born with feet so deformed they could not be placed flat on the ground, to running as much as 50 kilometers in one race. Jane said she is obviously proud of her daughter’s accomplishments with marathons.

“But I think I was more proud after her first day of cross country practice in high school, when I picked her up and the coach, who had very successful teams, told me that he was putting her on the varsity team from the start, and she and her teammates competed at state at the varsity level all four years of high school,” Jane said. “I think by the time she ran her first marathon I was used to her dedication to running and although it was very special, it wasn't as special to me as her high school career. Now that she [has run] her tenth marathon I am very proud and truly amazed at what she does.”

Though Nellie and her mother agree that no matter the odds, the family would have found a way to treat Nellie’s feet, they both understand the magnitude of the gift they were given at Shriners.

When Nellie’s father, Clyde, passed away in March 2021, the family asked that donations in his memory be made to Shriners Children's.

“We have always been very thankful for what Shriners did for Nellie at no charge to us,” Jane said. “Shriners always had such a special place in Clyde’s heart. So we have always tried to donate whenever there is a Shriners fundraiser, hoping in a small way to do what we could to repay them for all they did for Nellie and continue to do for others. So it was only natural to name Shriners as the beneficiary of the memorials made in Clyde's name.”

Nellie smiled at a memory of her father several months after his passing.

“He always liked seeing the Shriners, like in parades and stuff,” she said. “The guys in the funny hats you see on the little cars.”

Jane encouraged anyone in need of the specialized treatments offered at Shriners to take advantage of the opportunity.

“It's a great place. It's great people. It's people who care about children,” Jane said. “They work miracles.” 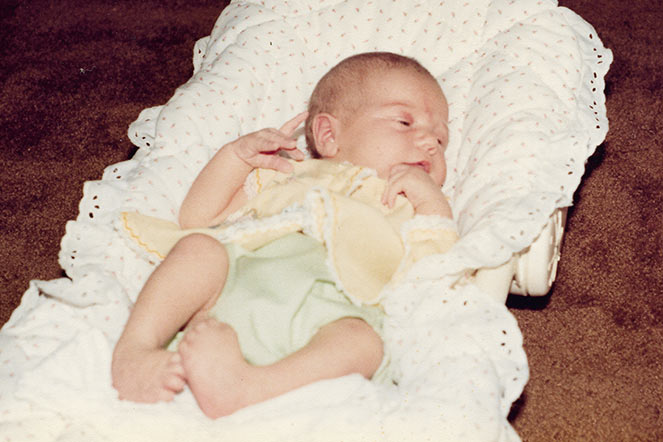 Nellie as a baby. 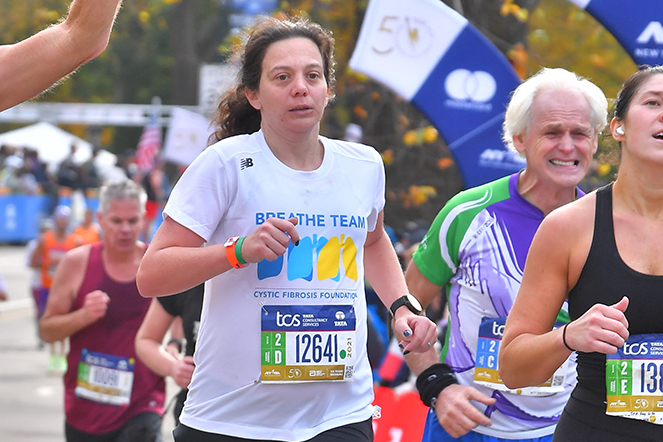 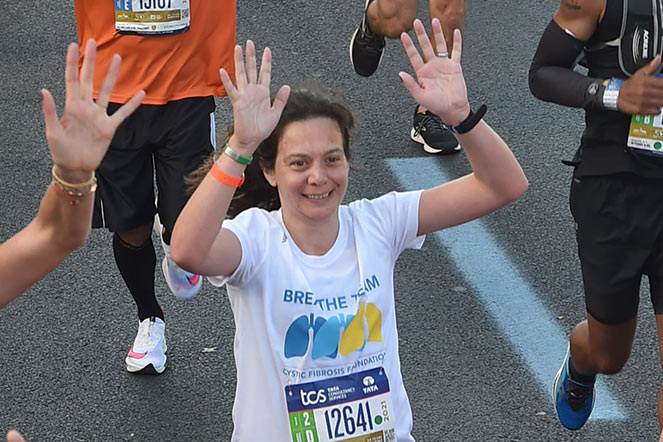