It’s August 1968 and all of Richard's family heads off in the car to visit family in Montreal.

It takes about an hour and a half to get from Trois-Rivières to Montreal, but the time should fly because Richard, who was 20 months old at the time, has his two sisters, 2-year-old Denise and 4-year-old Francine, to keep him company. Out of nowhere, a car swerves into their lane, much too close.

The shock was terrible. In a split second, Richard was ejected from the vehicle, as mere moments before his mother had taken him from his seat to her lap as he was crying. He landed in a muddy ditch, which is what probably saved him despite the family car flipping and landing on half of his tiny body. The other car never stopped. It was a hit and run and back then, there was no satellite, GPS or cell phones to call for help. Richard’s father was losing blood from an abdominal wound caused by the steering wheel. His semi-conscious mother was trapped under the car with a crushed leg. An older woman stopped at the accident scene and, at the request of the father, took the two sisters to the hospital.

Miraculously, both escaped without a scratch; however, Francine, in shock, was unable to walk for three weeks. A young man also stopped at the scene and helped the father out of the car and the two managed to lift the vehicle to free the baby who was alive but not moving. Despite the father’s pleas, the young man refused to take the baby to the hospital for fear of watching him die on the way. Luckily, an ambulance arrived and took charge of the toddler. Both baby and father were transported to the hospital while a second ambulance crew worked to free the mother from the wreck. Her shattered pelvis made it very difficult to free her leg and after several attempts to do so, talk turned to amputation. Despite her condition, the mother overheard the plan and, understandably, insisted on getting out without amputation. After an hour and a half, she was free.

The family was dispatched to different hospitals. Richard went to the emergency room at Hôpital Sainte-Marie in Trois-Rivières but, once stable, was quickly transferred to CHU Sainte-Justine in Montreal. He’d also spend time at the Montreal Children’s Hospital, the Institut de réadaptation de Montréal and finally found his way to Shriners Hospitals for Children Canada. Sadly, his thoracic vertebrae had been crushed and his spine was beyond repair, leaving him a paraplegic.

I grew up at Shriners. I’m a Shriners kid. I don’t remember the names of all my doctors because there were so many of them. But this hospital is where I learned to get around in a wheelchair and walk with prostheses.

However, Richard does remember Mr. Jones. He brought a certain joie de vivre to everything he did. "He had us do all sorts of fun activities, including theatre, which I loved! We did the set décor and we were the actors. We presented our plays to the patients, their families and staff. One Christmas, a radio station came to record us and broadcast the play. We did The Sound of Music, The Little Drummer Boy, The Littlest Angel and The South Pacific.

Back then, the hospital was up on Mount Royal. I lived there until I was 18. I have so many memories. Mr. Jones and I had a really nice friendship. There was a dormitory for the boys and another for the girls, each with about 30 beds. It was great! There’s nothing like having all of your friends around when you’re a kid. There was only one TV for the whole unit. I was 9 years old and had just had back surgery. The nurse changed the channel to watch a cooking show, but it was our usual time for Saturday cartoons. I was mad so I said something mean. That nurse was usually very nice, but this time she put me in the corner as punishment. My request was justified, but it was my delivery that got me into trouble. In addition to my parents, it was the nurses who raised me. They taught me to be positive and respectful.”

As a teen and young adult, Richard played the drums, percussion and guitar. He was also an athlete who enjoyed basketball, tennis, swimming and sailing. He was an elite sailor and won many races, including the Mobility Cup in 2008.

“The accident left my mother with pelvic issues and, as she aged, her right leg gave her lots of trouble making it difficult for her to walk. My father went back to work as a mechanic for the Royal Canadian Air Force. He came from a family of 10 children and six of his brothers worked for the Royal Canadian Air Force. Let’s just say there were lots of uniforms in our family photos. I became a public servant with the federal government. I made my way despite the circumstances…,” said Richard, from his home in Moncton, New Brunswick.

Richard also faced other challenges as an adult, but has maintained an open mind and a generous spirit. Sadly, several months ago, Richard's mother passed away, but in her will, she emphasized the importance of the hospital by making a donation. Richard says he will always be very grateful to Shriners Children’s, but we are the ones who are proud and grateful for wonderful people like him. 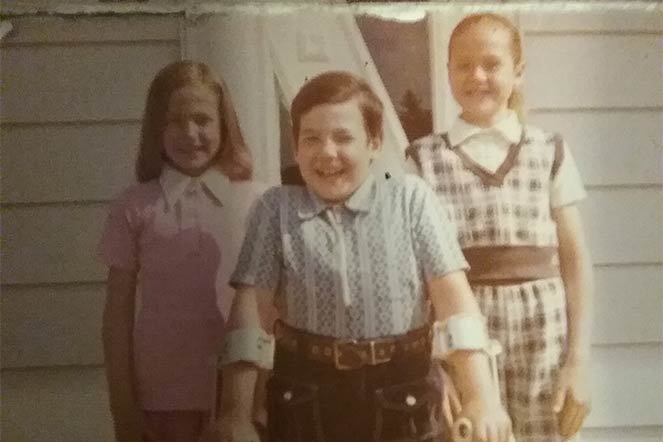 Richard with crutches and his two sisters. 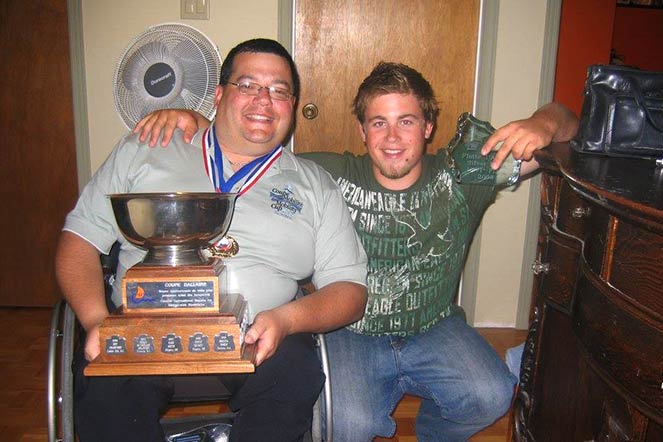 Richard with a teammate and his trophy. 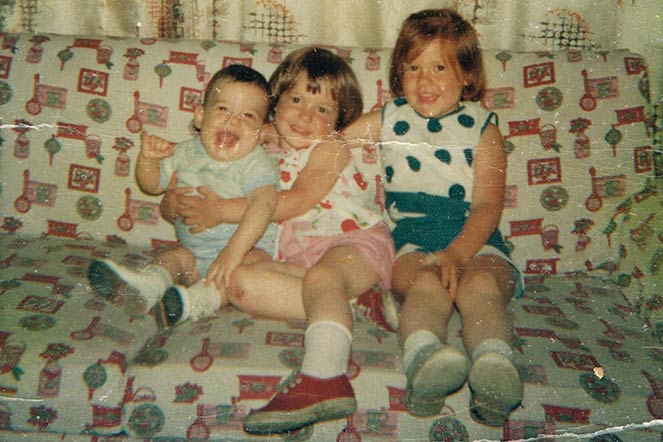 Richard with his sisters before the accident. 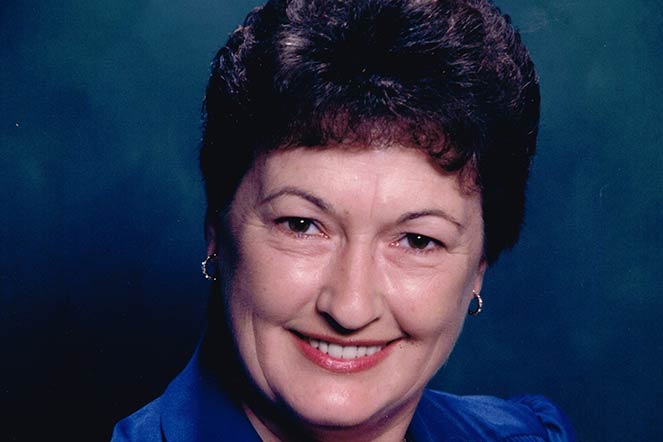 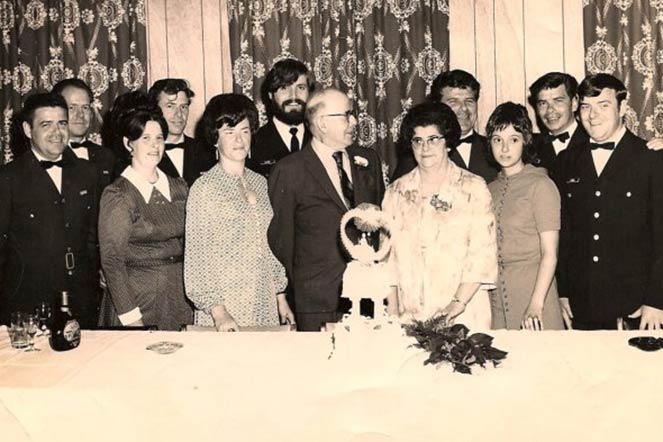 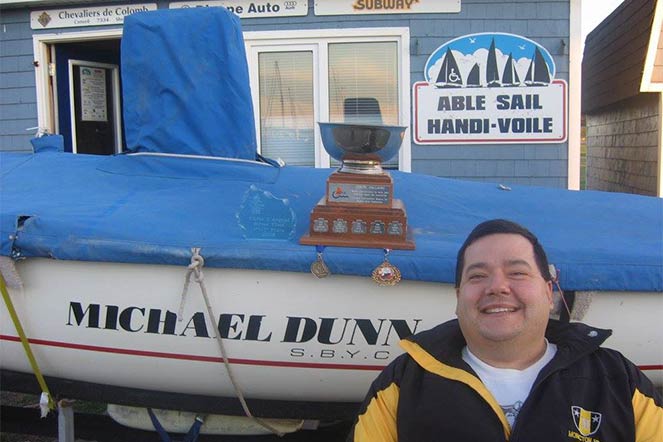 Richard in front of his boat with his trophy. 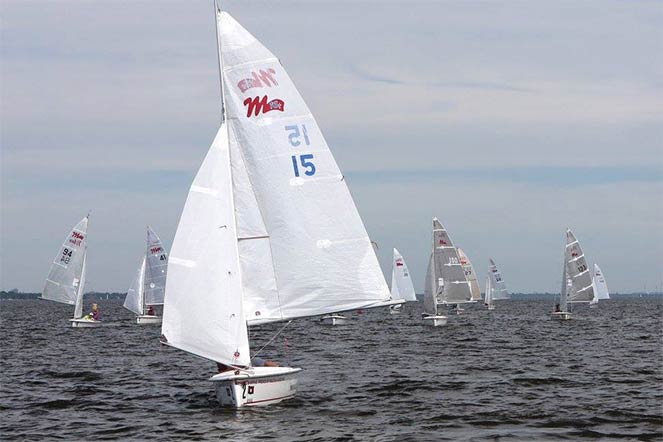