Nothing Slows Down Brody

Who has eight toes, a big heart and a memory that will take your breath away? Brody. He’s a 13-year-old from Omaha, Nebraska, who first came to Shriners Children’s St. Louis before his second birthday.

It’s a long haul between Omaha and St. Louis – but a specialist near home had told Brody’s parents amputating his leg was likely the only option. That didn’t sit right with them. So, they came to the Show Me State to meet Eric Gordon, M.D., at the Center for Advanced Pediatric Limb Lengthening and Reconstruction at Shriners Children’s St. Louis.

“The first time walking into Shriners, we just felt a sense of family and that we belonged there,” explained Brody’s mother, Megan.

Brody was born with fibular hemimelia, a condition in which a child is born with a short or missing fibula. For Brody, the condition also brought other differences to his leg and left him with just three toes on that side. By the time he was 9, there was a 2 1/2-inch difference between his right leg and his left. It was time for surgery. An external fixator was placed on his left leg followed by a two-and-a-half month stay in St. Louis to ensure its success.

To date, Brody has undergone four surgeries at Shriners Children’s St. Louis. Thanks to a procedure that slowed down the growth of his right leg, Brody likely won’t need any further surgery. If all goes to plan, his left leg will catch up to his right – to make up the small remaining difference.

The first time walking into Shriners, we just felt a sense of family and that we belonged there.

This is fantastic news for a kid who loves basketball and shoes. Brody’s feet are two different sizes. So, finding a pair of shoes that fit him – without breaking the bank – is difficult. Then, on top of that, for years Brody had to immediately send his new shoes away to the Shriners Children’s prosthetics/orthotics team (POPs) for the attachment of a specialized lift. Thanks to lengthening, he doesn’t need a large shoe lift anymore. Instead, he uses a heel lift that fits inside his shoe. No one, but Brody, ever knows it’s there.

“I’m thankful for Shriners Children’s St. Louis because I wouldn’t have my leg right now if it wasn’t for them. And they’re super understanding and kind. They are a second family to me. They’re taking care of so many kids. What they do is amazing,” reflected Brody.

Brody loves reading, a good hamburger and is looking forward to eighth grade at Andersen Middle School. For several years now, Brody has also served as a patient ambassador for the St. Louis hospital. 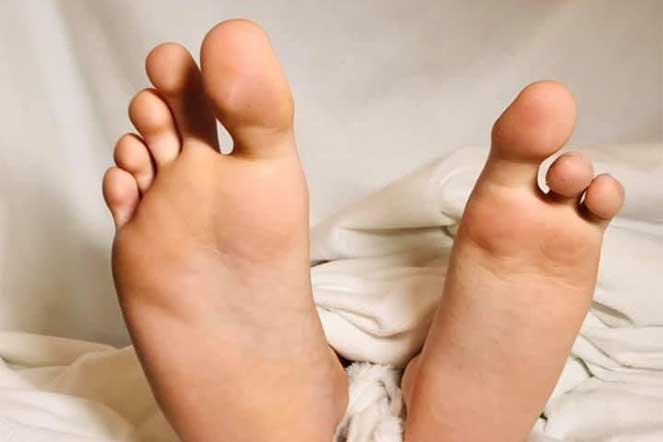 Brody shows the difference in size between his right leg and his left. 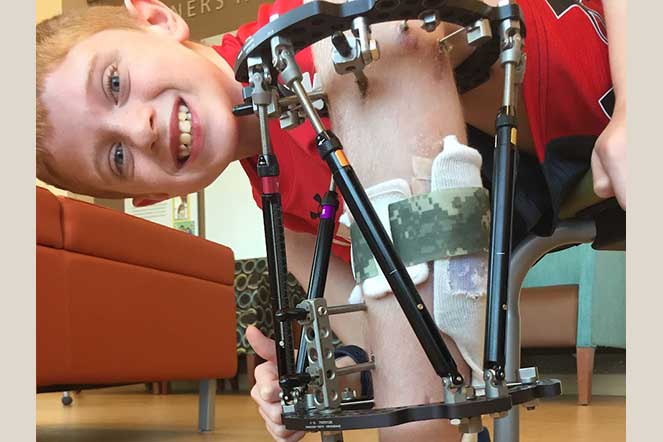 Brody smiles next to his external fixator. 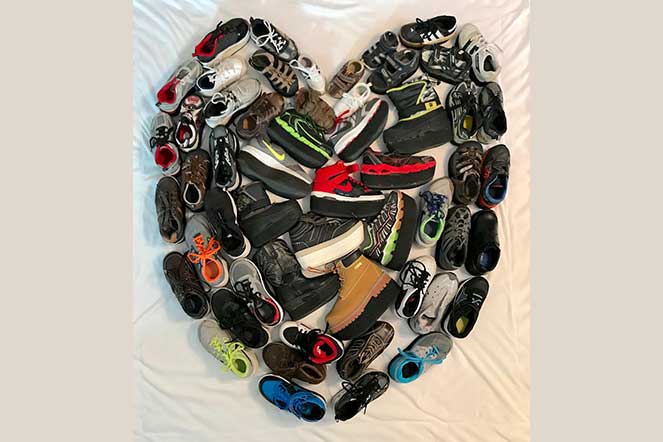 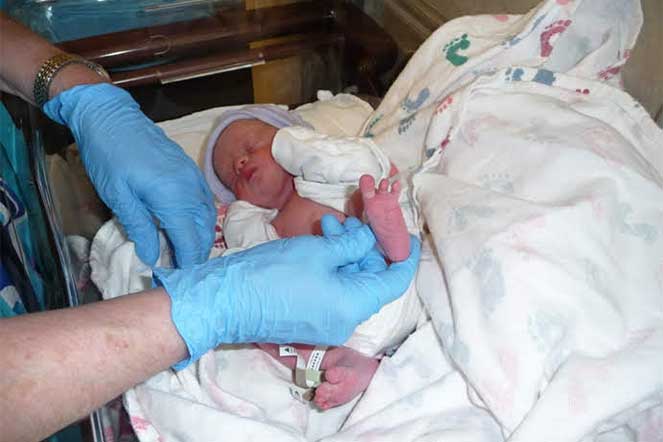 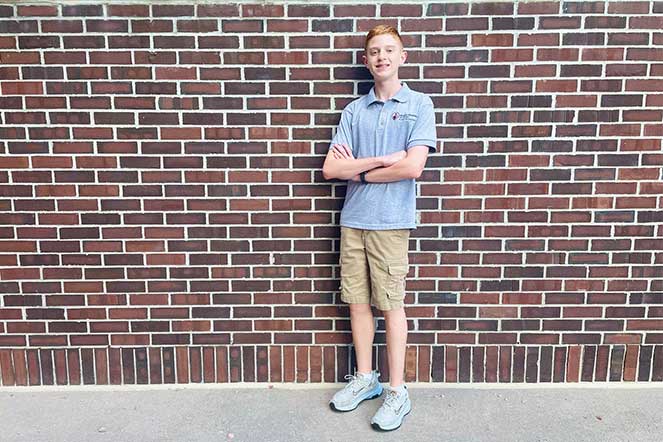 Brody smiles as he gears up for his last year of middle school.