Kennedy's voice strengthens and her energy soars during scoliosis treatment.
May 16, 2022

From the moment of her birth, Kennedy’s parents, Matt and Karissa, knew they’d need extra help to care for their new baby.

Kennedy, with that soft infant skin, tiny hands and blonde hair, was beautiful. She was perfect in every way – and her perfection included a noticeable curve in her spine.

For two years, Kennedy was monitored and treated by an orthopedic specialist near her home in Chicago. That is, until the scoliosis and kyphosis proved too severe for serial bracing. Doctors tried that method three times. In the end, serial bracing was too constrictive for her developing muscles as she also lives with congenital muscular dystrophy.

That’s when her team in Chicago referred Kennedy to Scott Luhmann, M.D., chief of staff and orthopedic surgeon at Shriners Children’s St. Louis.

Luhmann outlined a treatment plan that included approximately six weeks in halo traction followed by surgery to implant a growing rod. Traction carefully pulls a child's head and spine upward, applying a slow stretch. A metal ring that surrounds the head, called a halo, is attached to a pulley system. The pulling is called “traction."

When they are in traction, their pain improves and they now understand how they are supposed to feel, which is without pain or discomfort.

“So, you can imagine if you have something that’s really curved. What’s you’re doing by putting traction on it is you’re straightening it out. You’re kind of unwinding the deformity. The process of traction takes advantage of the spine’s elasticity in young kids,” said Luhmann.

Before meeting Luhmann, Matt and Karissa had ever heard of halo traction. However, they saw its benefits almost immediately.

“She adapted really quickly. The second day, she hit the ground running and was ready to jump in the walker,” Matt explained with a smile.

“We’ve noticed improvements height-wise and energy-wise, and her mood has been great. It’s funny to say but she’s been a lot happier in traction. Her energy is through the roof. She’s moving like crazy,” he continued.

This reaction to living in traction is common.

“As we improved her spinal alignment her lung volumes also improved, allowing her to breathe easier, burn less calories to breathe which gives her more energy! The other aspect is that, I am convinced, these children are in constant discomfort, but don’t know that this is normal as they always have it and I think assume everyone feels like they do. This may be why they don’t complain about pain, since it is hard for them to think about pain abstractly and quantify it for us. When they are in traction their pain improves and they now understand how they are supposed to feel, which is without pain or discomfort. The improvement in her energy is common when kids with very bad spine deformity and smaller lung volumes get into halo-gravity traction,” said Luhmann.

While in traction, Kennedy built her endurance in physical therapy to walk a mile a day on the treadmill. This is a major feat for any 3-year-old, let alone one who had been living with a highly diminished lung capacity.

Amazingly, during her time in traction, Kennedy started playing a recorder and enjoyed blowing on a pinwheel. Maybe the most rewarding change for Kennedy’s parents: her voice grew strength.

“That’s what’s made this experience ok. We’re seeing so many positive things and really it’s like the anxiety of the surgery and the recovery from that at this point. This process has been nothing but positive,” said Karissa.

After traction, Kennedy underwent surgery to implant a rod that will grow with her.

“We implanted a MAGEC actuator or MCGR (magnetically-controlled growing rod), which was only put on the concave side due to her small size and body mass,” explained Luhmann.

In the near term, her treatment will include lengthening the new magnetic actuator in clinic every three months. Luhmann said that will continue until the device is lengthened fully. Then, he will reassess her size, condition and deformity to determine the next steps.

In the meantime, Kennedy will play superheroes or dolls – anything her imagination dreams up. Her dedicated parents are along for the ride. They are Kennedy’s biggest fans.

“I just hope for her to live a happy life and this is going to make her happier, then that’s what I want,” said Matt.

“I hope for a world where she can continue to be herself,” said Karissa.

3-year-old excels during halo traction and is on the path to less pain. 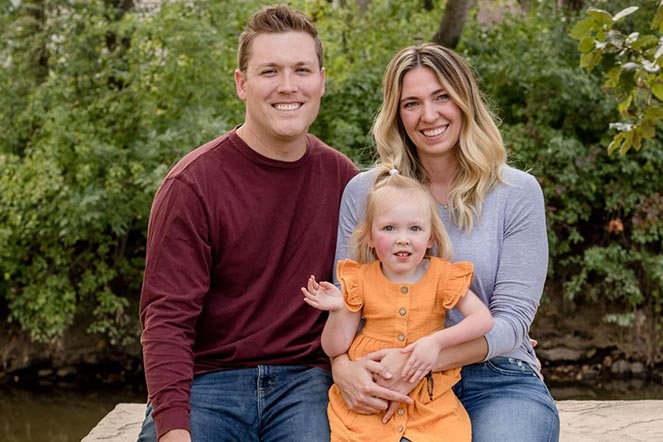 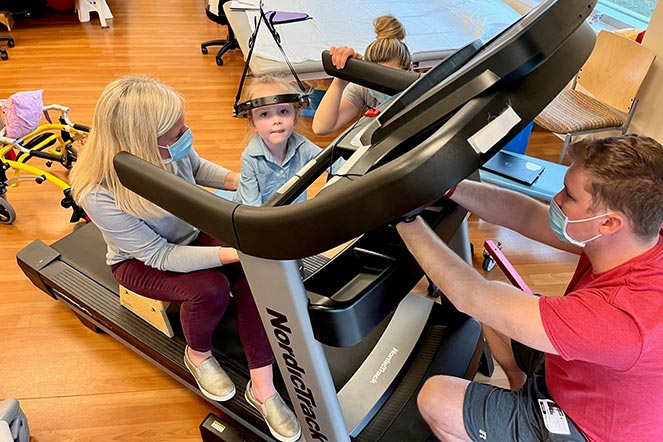 Kennedy walked a mile a day in halo traction. 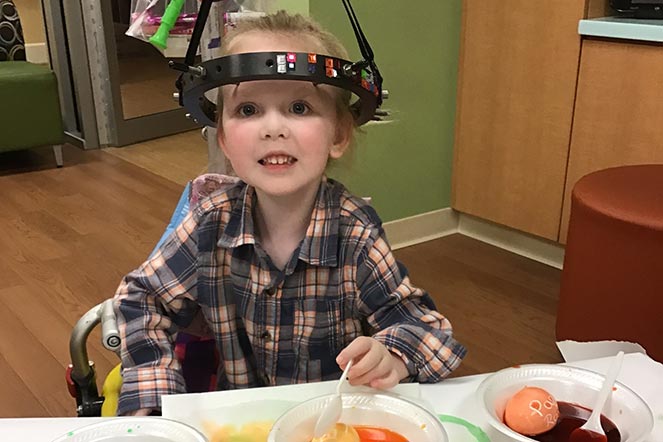 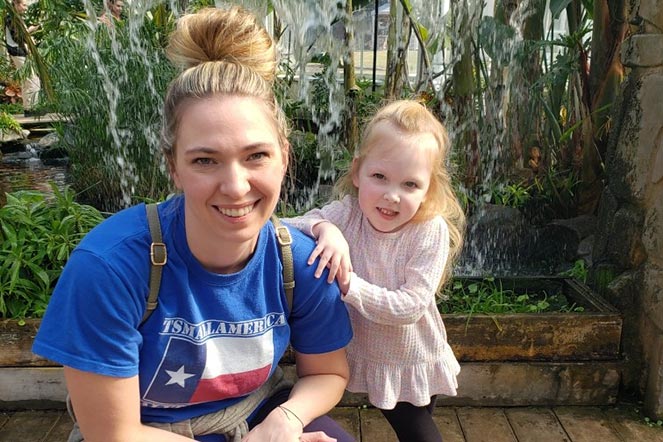 Kennedy and her mother, Karissa. 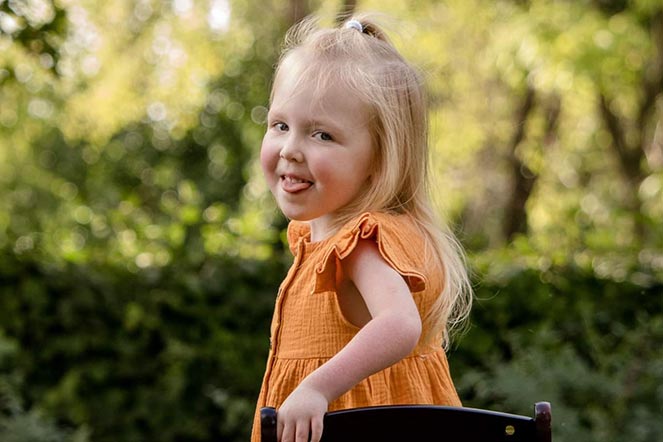 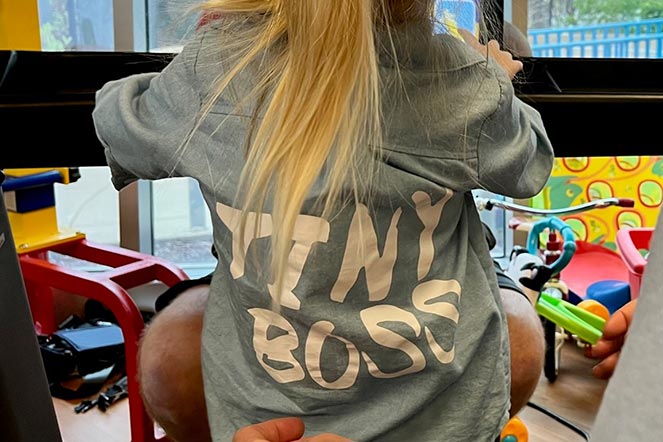