A second opinion is all it took to change the life of a 6-year-old boy.

When he was 3, Clayton was diagnosed with scoliosis. Scoliosis, a condition resulting in a sideways curvature of the spine, is measurable in terms of degrees. A moderate curve occurs between 25 to 40 degrees; a severe curve is greater than 50 degrees. In Clayton’s case, his spine was in the shape of an “S." The top portion of his back measured at a 55-degree curvature and the bottom portion 45 degrees. If left untreated, severe cases of scoliosis can cause life-threatening damage to the internal organs.

Upon his diagnosis, Clayton’s previous physician suggested beginning treatment with bracing. At the time, bracing was extremely painful for Clayton and resulted in no improvement. “Clayton would get severe abrasions and we often had to return to the doctor's office, sometimes twice a week for them to alter his brace,” said Jenny, Clayton's mom.

Discouraged, Jenny sought a second opinion. When a friend recommended Shriners Children’s Greenville, she decided to make an appointment.

“During our first visit to Shriners Children’s Greenville, the physician recommended a new brace. At first, Clayton was terrified to get the new brace because of the pain he experienced previously, but once the process was complete, for the first time in three years, Clayton looked at me and said, ‘Mommy it doesn’t hurt. It doesn’t hurt at all. It‘s great!’”

Bracing with the proper padding provides skin cushioning while also improving and preventing the worsening of a child's curve without surgery.

A month after Claytons’ first brace, he was showing signs of improvement. "I already noticed a major difference between the braces of his previous physician and that of Shriners Children's Greenville," said Jenny. "Clayton had no more redness, rubbing, or bleeding!"

All these years we could have been getting this great service that we just weren’t getting before.

At Clayton’s most recent appointment, the top portion of his back measured at a 37-degree curvature and the bottom portion 28 degrees.

"We still have a long journey ahead of us but we could not be happier with the care we receive at Shriners Children’s Greenville. They are the best of the best – with real results!”

Now 10, Clayton smiles more than ever before. He enjoys telling jokes, playing with his older brother and finding ways to give back to the place that not only helped him live pain-free, but also gave him back the ability to just be a kid – Shriners Children’s Greenville.

Diagnosed with scoliosis, Clayton would come to call Shriners Children's Greenville home after a second opinion gave him the results and freedom he desperately needed. 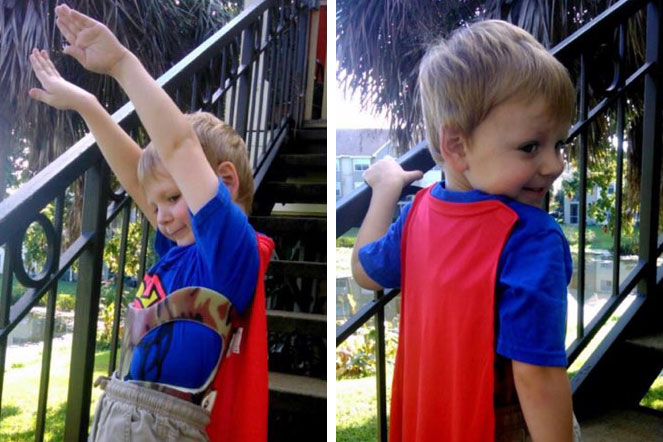 With the right bracing, Clayton was ready to soar through his scoliosis treatment. 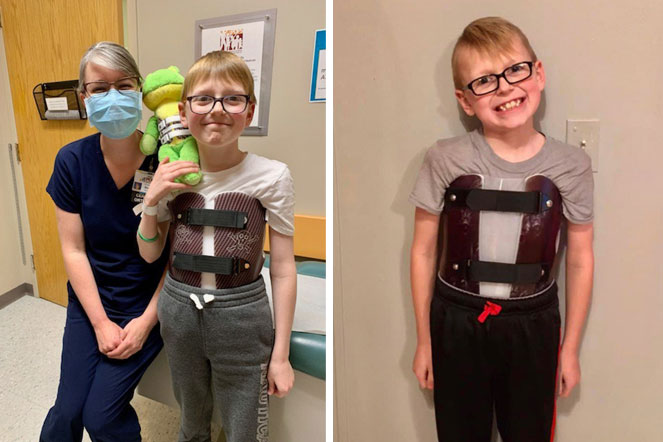 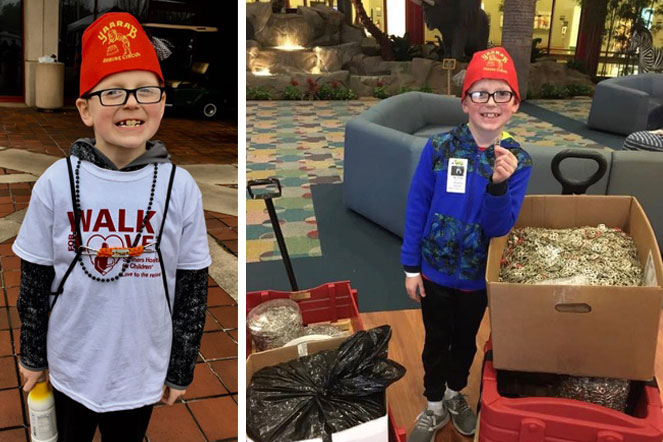