Myles Gets His First Prosthesis

Myles is a smart, helpful 8-year-old from Kearny, New Jersey. He was born without his right arm and has mastered every task for which most people think you need two hands.

But Myles was recently at Shriners Children’s Philadelphia to be fitted for a prosthetic arm, even with all the ways that he has adapted living without one. “I didn’t think he’d want one, since he was born like that,” said Christine, Myles’ mom. “But he brought up wanting one to help hold things, and of course play video games.”

While it’s easy enough for Myles to press the A, B, X and Y buttons with his foot while he plays video games, for certain systems and controllers, it’s easier to hold it with a prosthesis and press the buttons with his left hand.

Although he was fitted for his first prosthesis recently, Myles isn’t a new patient. He had hand surgery to move a ligament from his ring finger to his thumb in July 2019 to help with grip strength. His surgeons, Scott Kozin, M.D., and Dan Zlotolow, M.D., are renowned specialists in ligament and tendon transfers. “It’s also just not about the great care,” explained Christine. “It’s how everyone at Shriners [Children’s] treats him so well. There are also other kids like him and it feels like a community whenever we are here.”

It’s also just not about the great care. It’s how they treat him so well. There are also other kids like him and it feels like a community whenever we are here.

Myles was excited at his appointment and was thinking about all the things he wanted to do. But when asked, one answer was clearly at the top of his list: “I want to help mom with the groceries!”

He also mentioned wanting to be able to hold paper better while cutting it for arts and crafts. Another plus that his mom shared was riding his bike with more stability! He summed his appointment up simply. “It’s nice to come here. I’m excited to get my new prosthesis.”

April is Limb Loss and Difference Awareness Month, which mean both celebrating and highlighting all our patients with limb differences! These can occur from birth as a developmental abnormality, or from amputation because of an injury or medical necessity. Some patients with limb differences prefer to live without prostheses for various reasons, while others find it helpful to have a device to use in their daily lives.

This year’s theme is “Your Ordinary is Extraordinary,” according to the Amputee Coalition and National Health Council. In Myles’ case, that’s as simple as wanting to help his mom carry in the groceries.

Take a Look at Myles' Journey!

Myles first had surgery as a patient at Shriners Children's Philadelphia in 2019 when he had a ligament transfer in his hand. He later asked about getting a prosthetic arm to help hold things like arts and crafts more easily and playing video games. Since he's received his arm, he's been able to help around the house and even ride his bike more easily! 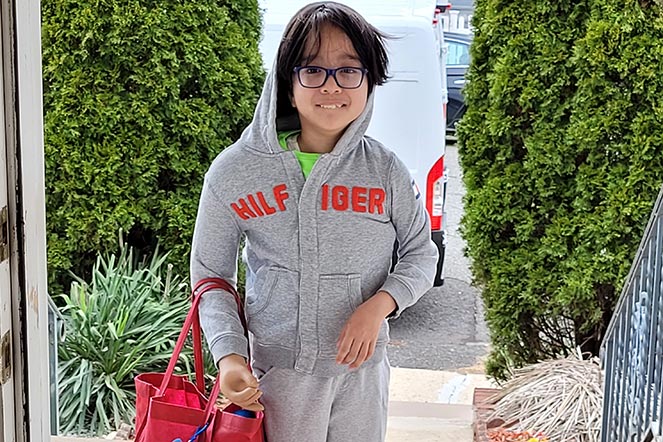 After Myles got home with his new prosthesis, he immediately fulfilled his goal of helping his mom bring the groceries inside. 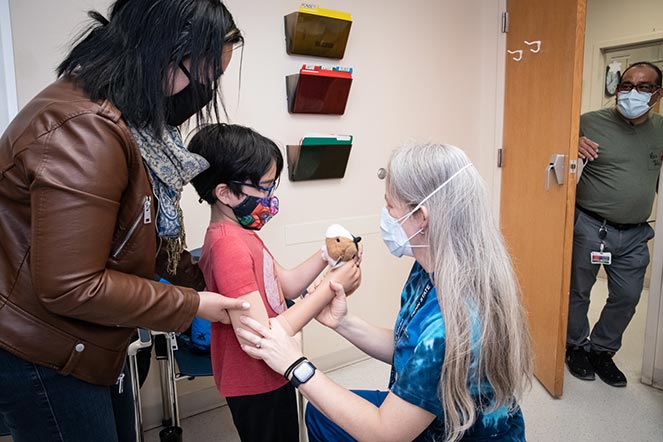 During Myles' prosthesis fitting appointment, prosthetists Jennifer (in the blue tie-dye) and Luis (in the doorway) make sure everything is sized perfectly to Myles. 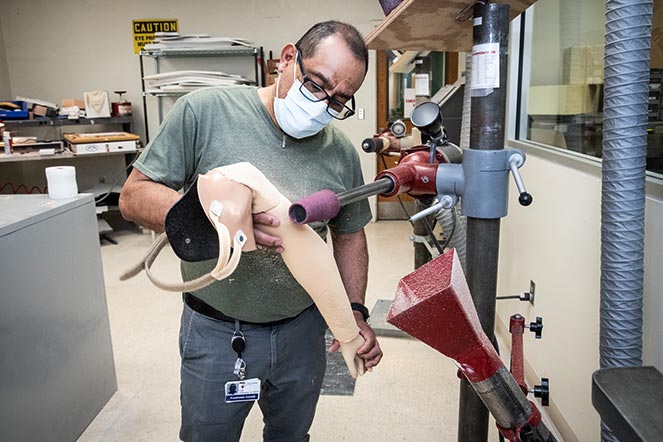 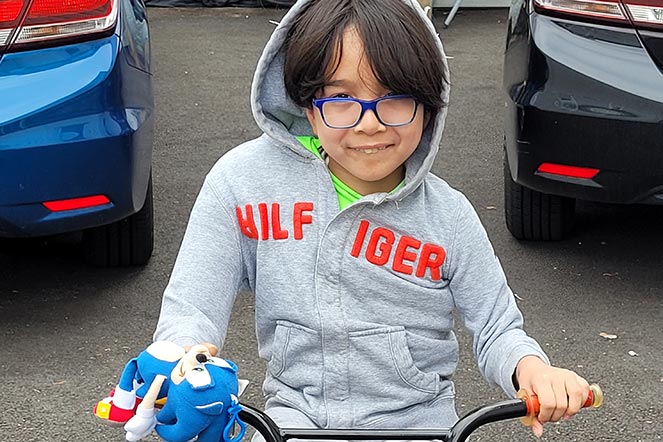 Prosthetic devices such as arms can help patients like Myles perform activities like riding a bike! It provides more stability by letting him hold on to both handles. 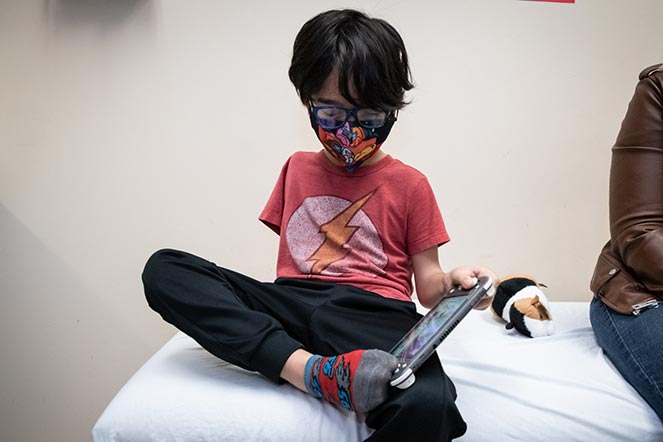 Since he was born without his right arm, Myles has learned to adapt to do his favorite things. Here he plays a video game by pressing the buttons with his right foot and moving the joystick with his left hand.

Knowing the numbers of limb differences

Learn more about our limb difference care
1 of 1,900

babies born will have an upper or lower limb difference