Elena Stands On Her Own Two Feet Because of Shriners Children's

The moment when Elena walked on her new prosthetic legs at the age of 4, her life changed forever.

Born in Russia and later adopted by a family in Minnesota, Elena was born with a rare medical condition called longitudinal deficiency of the tibia that caused her feet to turn in and forced her to learn to walk on her knees. At the tender age of 3, Elena came face to face with her new parents and embarked on her journey to the United States.

Less than a year later, 4-year-old Elena underwent amputation of both of her feet at Shriners Children's Twin Cities, assured by her doctors that with the help of prostheses, she could be as active as any other child. Even at such a young age, Elena didn't hear "could," she heard "would," and her determination has taken her a long way ever since.

After surgery, she spent months recovering and going to physical therapy at Shriners Children's. Less than five months after her amputation, Elena was fitted for her first set of prosthetic legs. Elena took her very first steps on September 12, 2001, a pivotal moment that would change the trajectory of her life forever.

A girl who was born with no hope of ever walking on feet was given another chance at a new beginning.

When Elena turned 6, she started attending Camp Achieve at Shriners Children's Twin Cities. At Camp Achieve, she was able to spend a week with other children with limb differences.

"Our camps provide kids with a chance to get to know others who are the same age and have a similar diagnosis. Year after year, it amazes me how much they learn from each other and encourage each other's independence," explains Maureen Johnston, recreation therapist. "We stress the importance of trying new things to help campers gain confidence, but it's possible that the most important outcome of camps is the social skills that are developed and the making of lifelong friends."

"I like to say my time at Shriners Children's was more of a family experience," reminisces Elena. "For example, when I would walk into the hospital, I was always welcomed by someone who usually already knew my name. And by the end of the visit, I'd walk out with at least one person giving me a big hug. I hope to take what I've gained from my time at Shriners Children's into my career, relationships, and new opportunities ahead. I want to extend that same family experience in everyday moments, and encourage those around me to live out their life to the fullest no matter the obstacle."

Staff members were truly like family when I was a patient at Shriners Children's, and that human side of the experience positively influenced my view on meaningful relationships and intentionality.

Today, Elena lives a full, active life. If you only hear the beginning of Elena’s story, it may seem as though her obstacles would define her. On the contrary, Elena sees her disability as simply one aspect of her life that has blossomed into a multitude of blessings. This unique part of her life has given her rare experiences and has allowed her to meet other amputees in many different settings.

One of Elena’s greatest passions is sports. The fact that Elena is an amputee has given her a plethora of opportunities in the sports world, such as working with professional athletes, travelling for USA Amputee Hockey tournaments, and helping lead programs that support athletes with disabilities. Sports and athletics have truly become a vehicle to share her story and make numerous connections, ultimately encouraging and motivating others.

Elena continues to champion diversity and empower others to leverage their differences through her work in the Diversity, Equity & Inclusion (DE&I) committee at her job and in a handful of volunteer activities and community outreach. From Elena’s unique experiences to her everyday life, she hopes to encourage others to live purposefully and share their abilities and passions, no matter the obstacle. In fact, Elena doesn't see differences as obstacles, but rather opportunities to impact the world.

"I would not be standing on my own two feet (literally) if it wasn't for Shriners Children's!" credits Elena. "Everything that is provided at Shriners, from my prosthetic legs to camps have helped me gain confidence in my abilities, excel in athletics, get involved in adaptive programs and live an active life to the fullest. Beyond physical abilities, I developed meaningful relationships and grew as a person through the impact of wonderful people and experiences at Shriners."

Elena is excited to be an early member of the Patient Alumni Network. The Patient Alumni Network was formed in 2022 as part of Shriners Children's 100th Anniversary Celebration. The goal of this new network is to connect former patients with each other and provide opportunities for them to share their stories and accomplishments with other patients, Shriners, donors and the public. 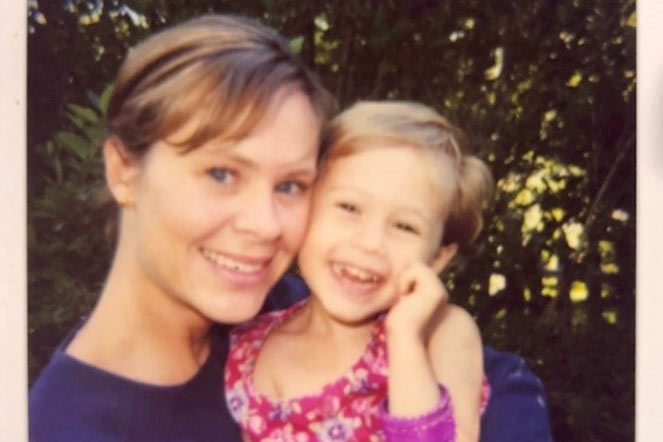 Elena and her mom shortly after her big move from Russia to Minnesota. 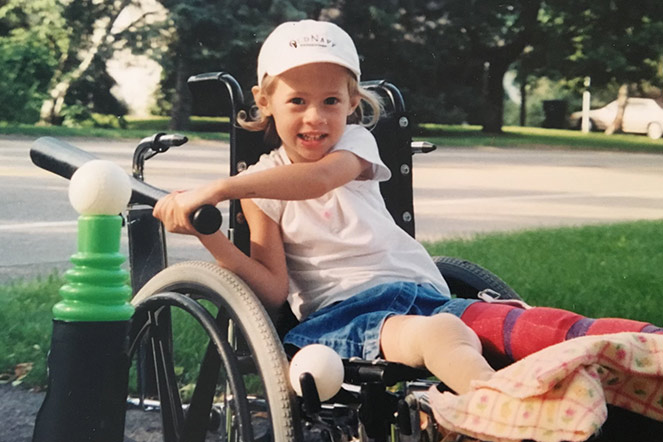 Nothing slows Elena down from her love of softball. 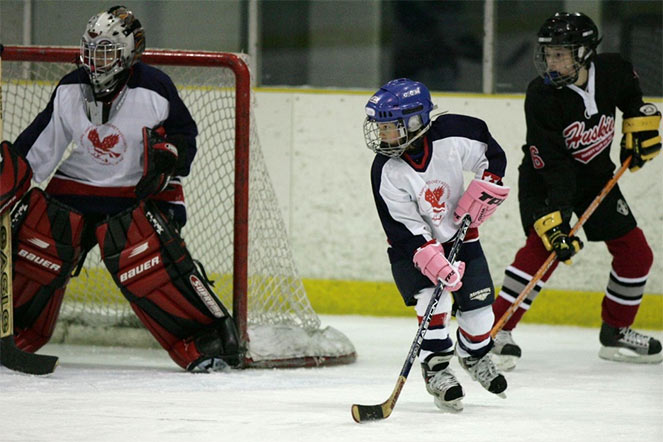 Elena has loved the game of hockey from a very young age. 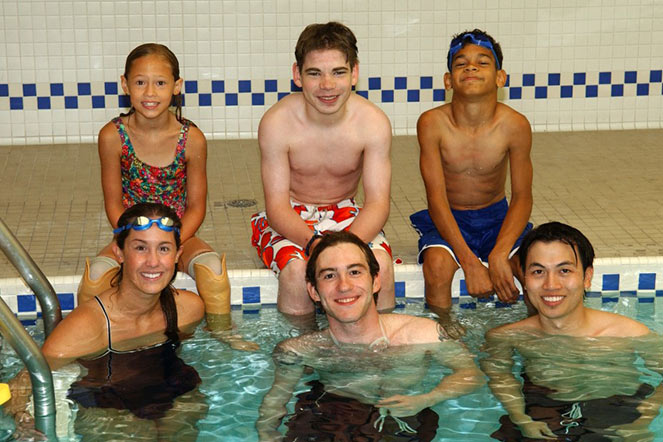 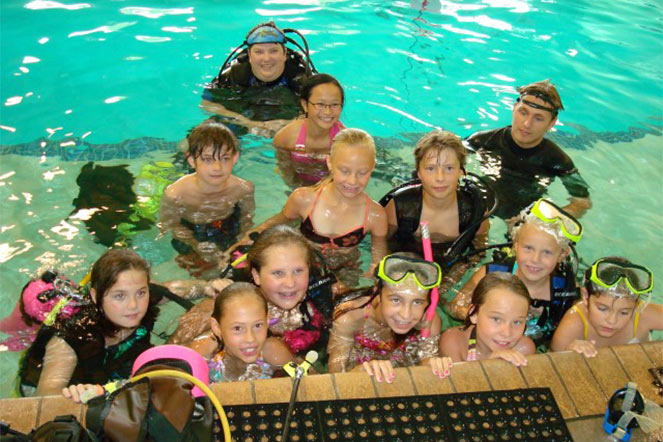 Elena giving scuba diving a try at Camp Achieve in 2009. 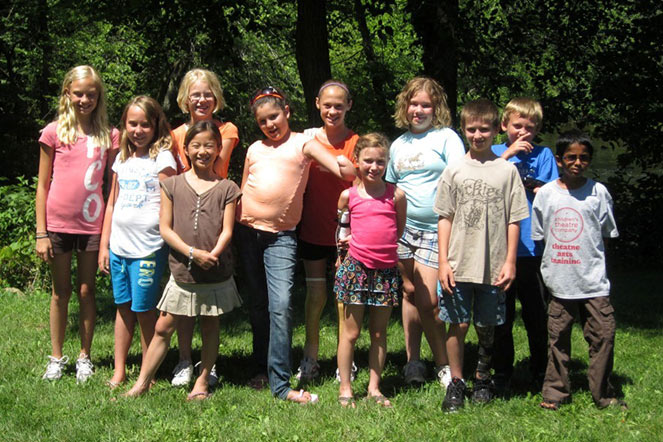 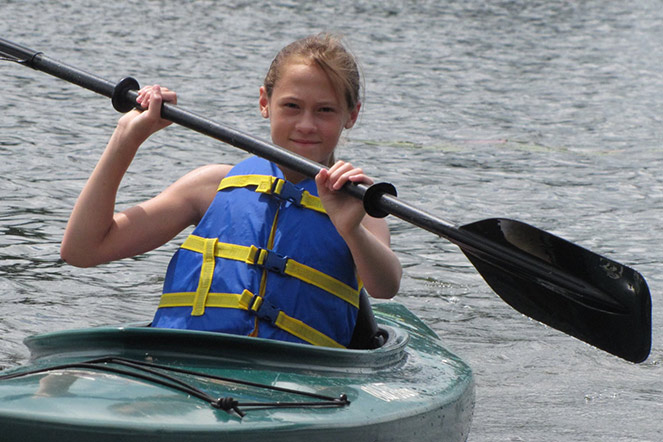 Elena is always up for a new adventure. 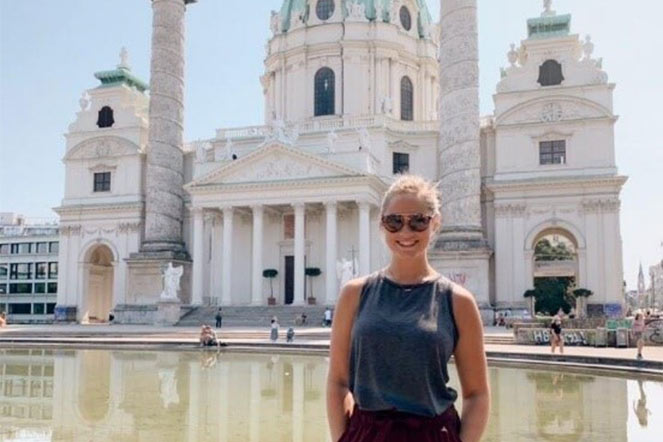 Are you a former Shriners Children's patient looking to connect with our healthcare system and other former patients?
Learn More About Our Patient Alumni Network