Lauren and Greg first learned that their son Drew would be born with a cleft lip during a routine ultrasound at Mass General Brigham. They knew very little about a cleft diagnosis and had many questions. Initially, the unknown frightened them. After that first ultrasound, the concerned couple met with a cleft care team to gain a better understanding of what they could expect once Drew was born.

Lauren and Greg met with doctors at a handful of local hospitals and decided to work with William G. Austen, M.D., a plastic surgeon with Shriners Children’s Boston. Dr. Austen is also interim chief of oral maxillofacial surgery and dentistry at Mass General Brigham.

“We felt we were in the best hands with the cleft team at Shriners, and Dr. Austen assured us that he would be able to repair Drew's lip to the point where it would almost be unnoticeable,” said Lauren.

We felt we were in the best hands with the cleft team at Shriners, and Dr. Austen assured us that he would be able to repair Drew's lip to the point where it would almost be unnoticeable.

The new parents also took comfort knowing they had access to a team of doctors from different specialties at Shriners Children’s Boston who would work with them. Lauren explained that the feeding specialist has been incredibly helpful from the beginning, especially right after Drew’s surgeries. Children with a cleft lip can have difficulty getting the nutrition they need and a feeding specialist helps families manage this challenge.

Drew had his first surgery at 8 weeks and a second when he was 4 months old. All the clinicians involved in Drew’s care work collaboratively as a team to ensure that Drew has access to the services he needs as he grows. “Our dentist is now connected to the orthodontist, all through the cleft team. We do not have to worry about finding new doctors as Drew's needs change. We're already prepared and everyone is talking to each other,” said Lauren.

Now 6 years old, Drew is an active child who absolutely loves sports. His favorites are baseball, soccer and football. Drew is happiest when he is outside throwing a baseball or football with his dad or playing soccer with his little sister.

Drew returns to Shriners Children’s Boston annually for follow up treatment, and his care team is monitoring his progress to determine if he will need additional surgery as he grows. Care Coordinator Sandy Barrett is a family favorite. “Sandy made sure we had everything we needed and we now look forward to seeing her for our annual visits. At Shriners, we feel like family. Even though we only go once a year, we see the same faces and they remember Drew and seem genuinely excited to see him and ask how he's doing,” said Lauren.

Lauren and Greg remember what they experienced when they first learned of Drew’s diagnosis. They felt fear and worry and were overwhelmed with questions. Lauren has a message for other families in similar circumstances. “It’s ok to be overwhelmed. I would encourage parents to reach out to other families who have gone through a cleft repair. I found it so helpful to hear the stories of others and gained many tips that were so useful during Drew's recoveries from surgery. We were definitely not alone.”

Lauren and Greg found a welcoming atmosphere at Shriners Children’s Boston. Lauren explained, “There are children with a variety of needs ranging from somewhat minor to the most serious. What amazes us is that most everyone has a smile on their face - the children, the nurses and the doctors. We have never been to another medical facility where there is such care taken to ensure that the children are happy and their caregivers supported and comforted.”

Now an active 6 year old, Drew had his first surgery at 8 weeks and a second when he was 4 months old. 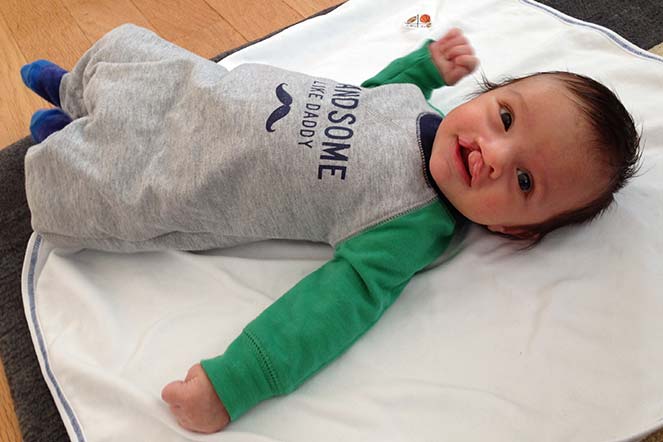 Drew before his surgery. 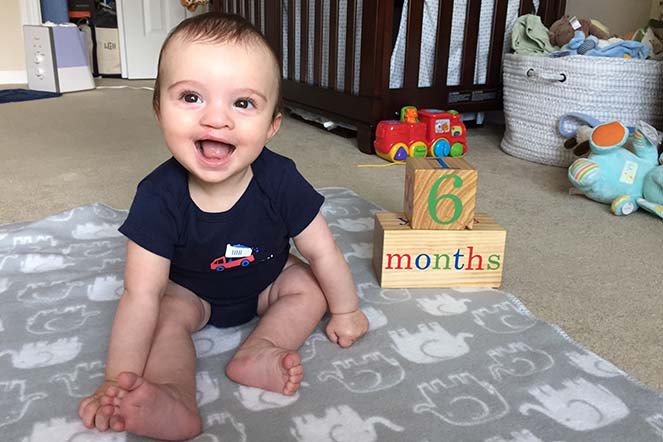 Drew at 6 months after his second surgery. 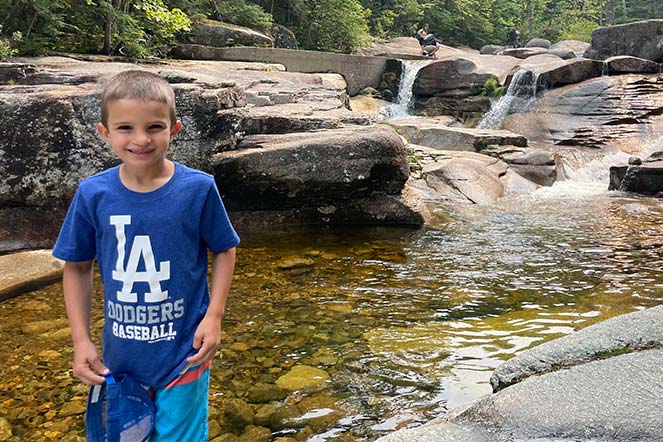 Enjoying a beautiful sunny day by the river.