She's wearing a green T-shirt that reads, “Clara Strong. Bent but never broken," a motto her family has adopted to honor Clara's resiliency.

As Clara draws, she sings:
“I think of what the world could be,
A vision of the one I see,
A million dreams is all it's gonna take
Oh a million dreams for the world we're gonna make
However big, however small
Let me be part of it all."

It's not a scene one would imagine from a little girl about to undergo another yet another major medical procedure; she's had more than a dozen in her short lifetime.

It would be easy and understandable for Clara to be nervous or even frightened. Instead, she calmly sang and drew, a sign of her strength and a nod to the care she’s received since she was a baby.

Clara’s been coming to Shriners Children’s Lexington for treatment of her infantile scoliosis since she was 9 months old.  She was referred to Vishwas Talwalkar, M.D., by a physician at another hospital, who found her scoliosis while treating her for torticollis, a condition that involves the muscles of the neck and causes a person's head to tilt. After an MRI at Shriners Children's when she was 15 months, Dr. Talwalkar diagnosed Clara with infantile scoliosis, which was forcing her spine to curve into an “S” shape.

“It was very scary,” Kayla, Clara's mom, said. “I wasn’t sure about scoliosis as a baby."

According to the National Scoliosis Foundation, scoliosis is the most common deformity of the spine. It is typically diagnosed in adolescents, but can affect babies and adults. For Kayla, Clara’s diagnosis and the uncertainty of what it would mean for her future was alarming at first.

"Shriners did a really great job of making me feel better and giving me a game plan," Kayla added.

Overall, Shriners has meant that my child’s quality of life is going to get better. They’re going to help her get healthy and stay healthy, and that means the world to me and my family.

A Game Plan In Place

Clara’s treatment currently centers around Mehta casting. A plaster cast covers her torso from under her armpits to her hips with a hole for her belly on the front and one for her ribs on the back. Through traction and pressure, it can help straighten the spine as she grows.

She loves picking new cast colors each time she visits. When Clara visited Shriner’s Children’s Lexington in March 2021, she received her 13th Mehta cast application, swapping her green cast, the color for scoliosis awareness, for a pink one.

Clara’s scoliosis is at the top of her spine between her shoulder blades. When she first came to Shriner's Children's Lexington, it was a 50-degree curve; today, it fluctuates between 20 and 30 degrees. The ultimate goal would be for her to reach 10 degrees or less with casting or bracing.

But, for Clara, who also has a fluid-filled cavity in the spinal cord at the bottom of her spine called a syrinx, the road to a straighter spine might also involve surgery.

“She might not get to the curve we want with the casting alone, so the surgery would have to help her get the ultimate goal," Kayla said.

Dr. Talwalkar has talked with Clara’s family about the possibility of MAGEC growing rods and, as her body reaches maturity, perhaps a spinal fusion. The MAGEC rods are surgically implanted to help straighten the spine and lengthen as a child grows, which reduces the need for repetitive surgeries.

A Parent's Peace of Mind

With all that to consider, Kayla is thankful for the peace of mind she gets from Shriners Children's.

“Shriners has always been great to us,” she said. “The staff is so nice and the nurses do a great job of making her feel comfortable and making us feel comfortable. And Dr. Talwalkar, I cannot say enough good things about him. He’s been a huge blessing in Clara’s journey. It’s nice to know that she’s getting the exceptional care she needs.”

Kayla even refers parents with children with a scoliosis diagnosis to Shriners because she knows firsthand about their amazing care.

“They do everything they can to make you feel comfortable, to give you the best care and to help you financially as much as they can. For a child with medical issues, that’s huge for a parent,” Kayla said, as Clara hummed in the background.

Clara's journey at Shriners Children's has made her strength through adversity evident.

"Clara's resilience is so admirable, not just to me, but to everyone around her," Kayla said. "Despite all the doctor appointments, hospital visits and cast changes, Clara has developed this infectious, exuberant personality."

Clara looks forward to the day when she can swim and float in a pool on a family vacation and soak in her grandma's hot tub without her cast.

"I can't wait to learn to do flips and cartwheels and back bends, too," Clara says, just like her big sister, Emma.

Much like the song Clara sang during her appointment, her mom thinks she will be able to experience it all, "however big, however small."

Shriners Children's has played a large role in Clara's quality of life, according to Kayla, but Clara deserves much of the credit, too.

"She doesn't let the challenges she faces hold her back from what she wants to do," Kayla added. "She has overcome her fears and chooses to be brave. Clara has a warrior spirit, and is determined to let her inner strength overshadow her circumstances." 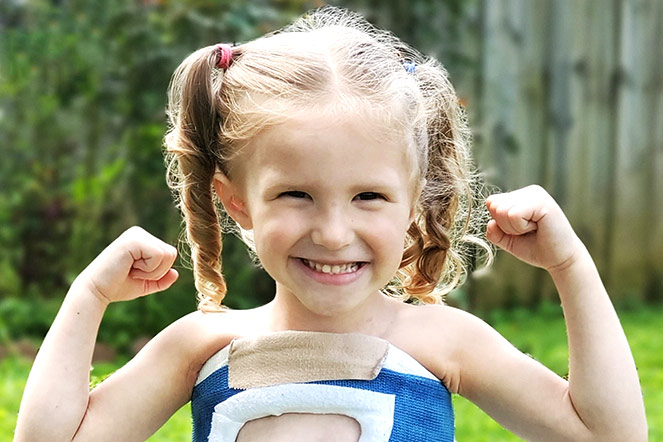 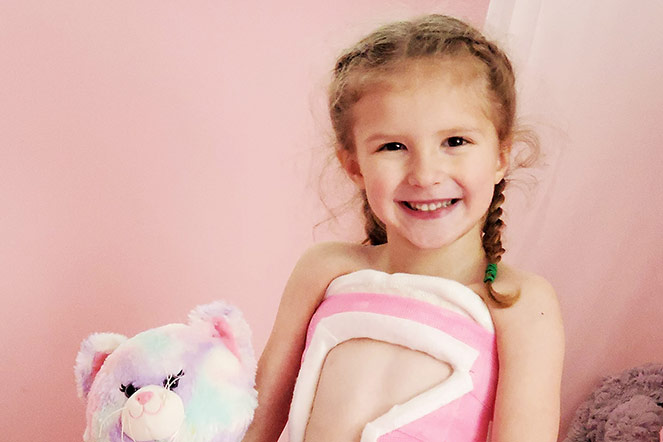 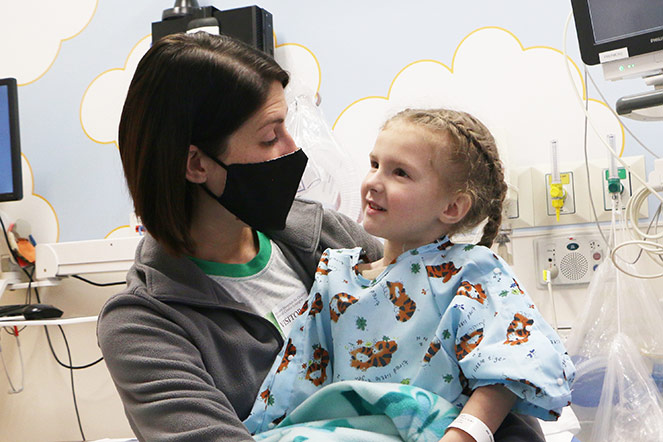 Clara's mom, Kayla, said the team at Shriners Children's Lexington has given her the peace of mind she needs. 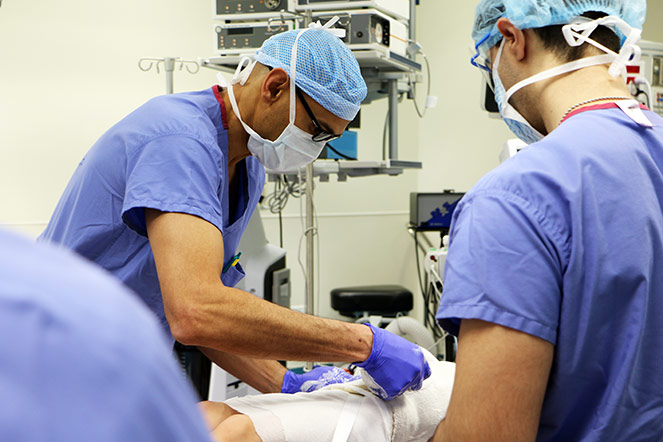 During a cast application, a child is put under anesthesia so the cast can be applied by a surgeon and cast technician. 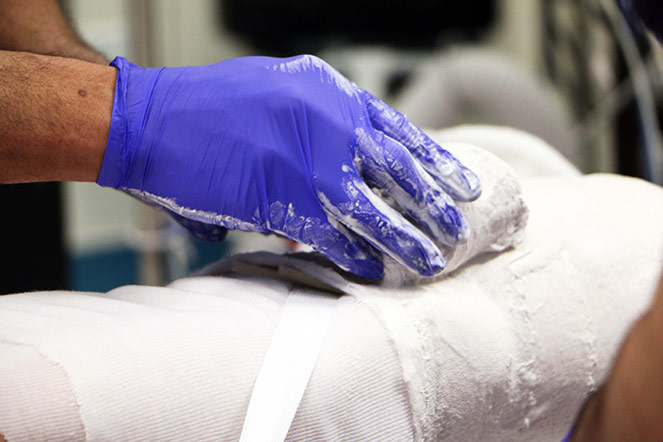 Mehta casting involves applying a plaster cast to the child's torso that, through tension and traction, helps straighten the spine as the child grows.

of bracial plexus birth injuries heal on their own