Discover one young boy's journey toward hope and healing.
Jun 27, 2021

The morning 12-year-old patient Parker’s life changed forever began just like any other.

He rushed out the door, hopped in his mom’s car, helped settle his baby brother and together, they headed to school, chatting excitedly about the day ahead.

Less than 20 minutes later, EMS would be pulling the family from a heap of twisted metal.

That morning on the road, Parker’s mom, Sharonda, suffered a seizure and lost consciousness — but as her car sped out of control, Parker jumped into action.

“Parker was sitting in the back, but when he realized something was wrong, he unbuckled his seatbelt and got to the front to take over the wheel,” Sharonda said. “He saved our lives.”

While Sharonda walked away with a few broken fingers and a fractured tailbone, and her youngest son unscathed, Parker was transported to the hospital with a broken ankle, broken ribs, punctured kidneys and a perforated gallbladder.

Nineteen days into his two-month-long hospital stay, Parker was told he would need to have his leg amputated — his broken ankle hadn’t allowed blood to circulate properly. Understandably, he was devastated.

For months after the amputation, Parker’s mental health rapidly declined.

“He developed severe depression and anxiety,” Sharonda said, explaining the once avid athlete was convinced he would never feel like a kid again. But he was going to try.

Parker decided he would fight for the life he loved. A few months later, he found himself at Shriners Children’s Greenville, where an in-house Pediatric Orthotic and Prosthetic Services (POPS) team fabricates thousands of custom-fit assistive devices every year.

With consultation from renowned physician David Westberry, M.D., a team of highly skilled physical therapists and orthotists began working to ensure Parker would make a full recovery. He would be fitted with a prosthetic designed for comfortable support and, of course, lots of activity.

The team at Shriners Children’s helped break the chains off Parker and now he’s limitless! They gave him his personality back.

“These days, Parker is as strong as ever,” stated Sharonda. He rides bikes and four-wheelers with his friends. He plays basketball on his middle school team. He perseveres with a positive outlook. In fact, said Sharonda, "the team at Shriners Children’s helped break the chains off Parker and now he’s limitless! They gave him his personality back.” And he’s not taking that for granted.

Filled with a hard-won sense of compassion for those who are struggling, Parker never shies away from a friend in need. “Parker is using his story to comfort others,” explained Sharonda. He recognizes and relates to physical pain as well as emotional pain. He knows what it’s like to hurt and he’s ready to let others know they’re not alone.

From providing personalized care that helps them run and walk and play again to being a compassionate partner their families can trust, Shriners Children’s is proud to serve and empower kids every day. More than just a world-class, international healthcare system, Shriners Children’s is a source of hope and healing when all else feels lost.

When he was just 12 years old, Parker was involved in a serious car accident. As a result of the traumatic ankle injury he sustained, Parker underwent the amputation of his right leg. Now, he's using his powerful story to comfort others. 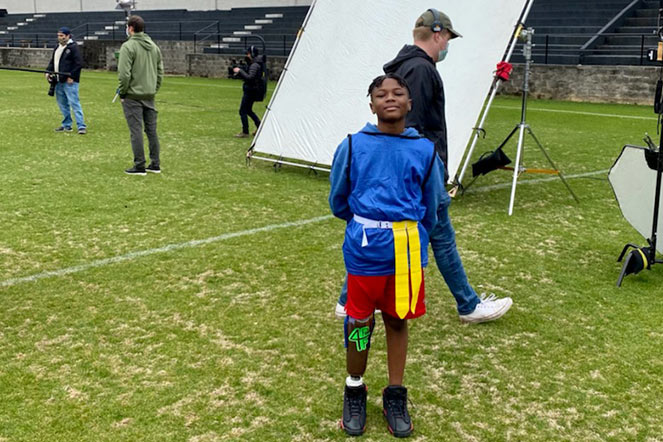 On and off the field, Parker shines. 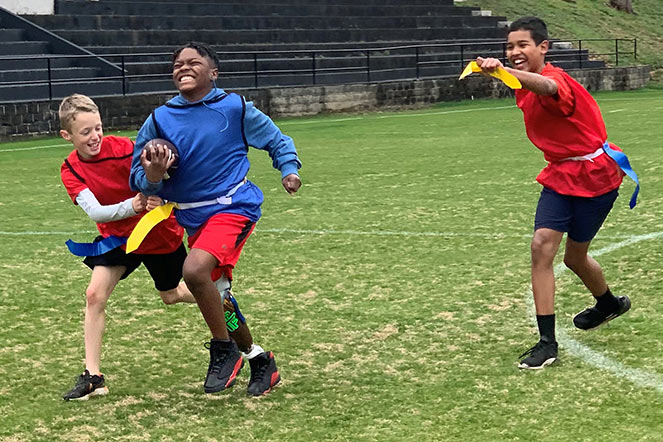 Our patients and families are at the heart of everything we do at Shriners Children's. We invite you to share how our team has helped your child.
Tell Your Story