When Matteo’s primary physician was running out of care options, Shriners Children’s Northern California was there, using movie-making technology to animate Matteo and provide the possibilities he and his mother were in search of.

Matteo’s story began when his primary physician referred him to Shriners Children’s Northern California's orthopedics program for specialized cerebral palsy treatment. They knew the robust program, including access to an on-site motion analysis center (MAC), would afford him more opportunities for growth than what their team could provide. To Matteo and his mother Takeitha who were passionately looking for more care options, there was suddenly new hope and possibility on the horizon.

Matteo's diagnosis is cerebral palsy and his mother Takeitha has been his biggest advocate all along, refusing to believe all the discouraging predictions doctors spoke to her about when he was just a baby. He ended up coming to Shriners Children's at age 13 in the midst of a growth spurt with localized knee and hip pain, along with elasticity issues in his hamstrings and weak stomach muscles inhibiting his ability to walk, jump and run.

For a young man who regularly plays basketball and baseball, swims and is a part of a bowling league, the hope of healing was uplifting. From day one, Matteo’s medical team at Shriners Children’s Northern California has been working to increase his mobility and decrease his pain.

“It’s mind blowing and remarkable to know we are at a hospital that does so much for kids to help them feel alive and a part of the world again,” said Takeitha.

Assistant Chief of Orthopedics Jon R. Davids, M.D. did the initial evaluation of Matteo and recommended him for a full study in the MAC where the same technology used to animate characters in video games and major motion pictures like “Avatar,” “King Kong,” and “Planet of the Apes,” allows medical teams to optimize therapy, surgical plans and orthotic interventions. Matteo, just like actors in Hollywood films, had reflective markers placed on him, and high-speed cameras and computers captured data to guide his treatment plan during each of his analysis sessions.

“We saw Matteo as an animation and I said that’s you Tay Tay [Matteo],” said Takeitha. “It was the coolest thing ever and shows how far medicine has come.”

The motion analysis center at Shriners Children’s Northern California holds the Commission for Motion Laboratory Accreditation – one of only 14 motion analysis centers nationwide and one of only two in California. This designation is one of many reasons Shriners Children’s Northern California is ranked by U.S. News & World Report as a hospital with one of the top 50 pediatric orthopedic programs in the nation.

Matteo’s MAC analysis ultimately helped Dr. Davids make surgical recommendations including lengthening his hamstrings in addition to muscles in his ankles, legs and hips to improve his walking, jumping and running abilities.

Matteo is resilient. When you look up that word in the dictionary, his picture should be displayed next to it.

“Dr. Davids and the whole team is so knowledgeable,” said Takeitha. “They don’t make it seem foreign. They see the possibility and speak about my kid as if he were a normal kid. You don’t get that everywhere.”

Matteo just had his three-month p`````ost operation visit and has shown great progress. He stands 1 inch taller than he did before surgery and is enrolled in an intensive physical therapy and rehabilitation program. He is anxious to get back out in the world and on the basketball court at full speed. He practices his dribbling with his brother in the meantime.

“Matteo is resilient. When you look up that word in the dictionary, his picture should be displayed next to it,” said Takeitha. “When he was a baby, doctors told me he would never walk and never be able to interact socially because of the brain damage, but here he is today, walking, making strides forward, playing with friends and surrounded by medical professionals who believe in him.”

Matteo will continue to be followed by his medical team at Shriners Children’s Northern California and is projected to walk easier, stand taller, jump higher and run faster.

“Thank you for being our light and giving us hope, and for being a vessel for us to get the help and services that we need,” said Takeitha.

Matteo’s story began when his primary physician referred him to Shriners Children’s Northern California's orthopedics program for specialized cerebral palsy treatment knowing the robust program, including access to an on-site Motion Analysis Center (MAC), would afford him more opportunities for growth than what their team could provide. 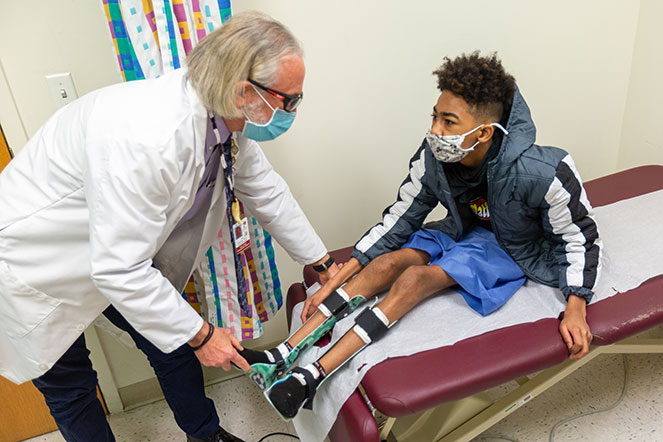 Dr. Davids and Matteo at three-month follow up appointment 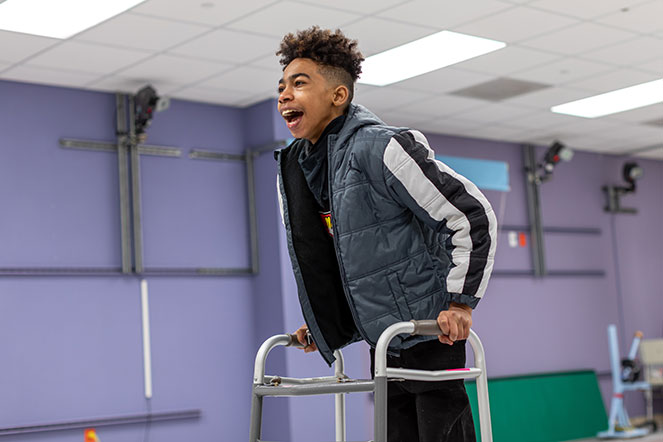 Matteo stands tall, excited to be back in the MAC for the first time since surgery. 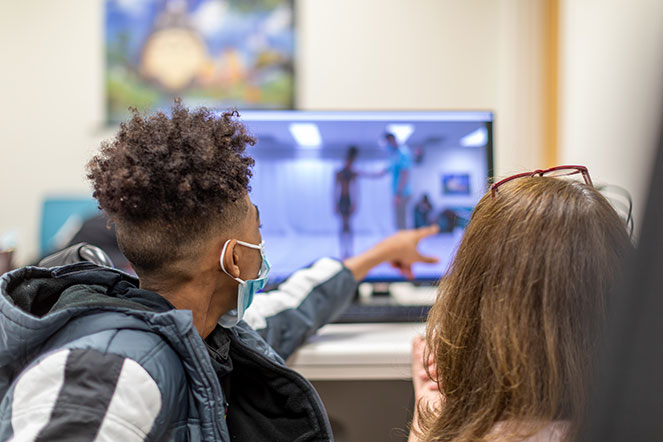 Matteo analyzes footage of his MAC study with his medical team 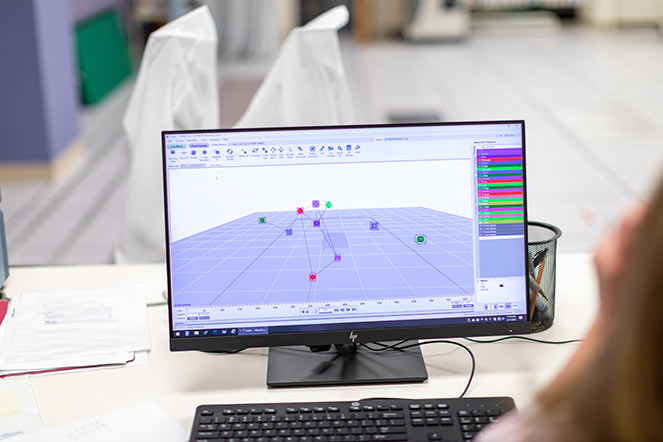 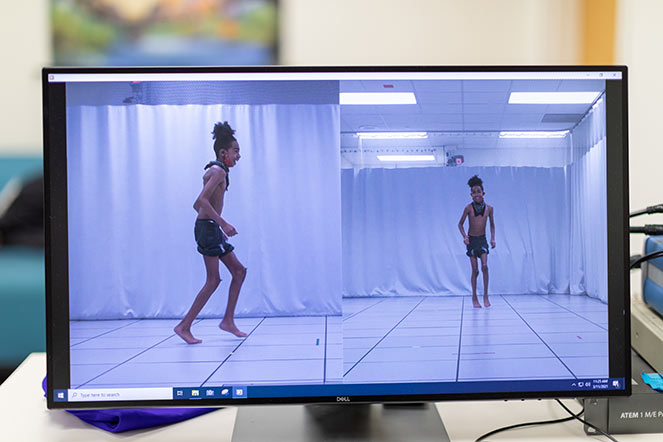 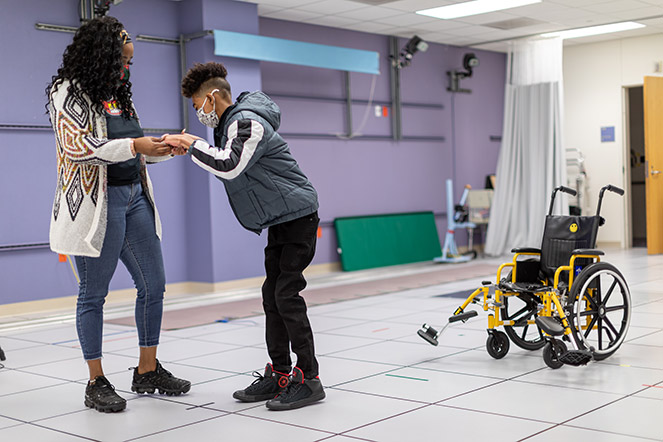 Matteo and his mom exploring the MAC 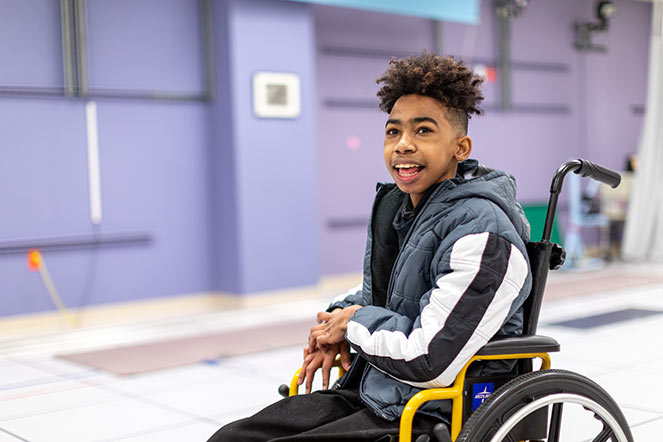 Matteo hanging out in the MAC, cracking a contagious smile