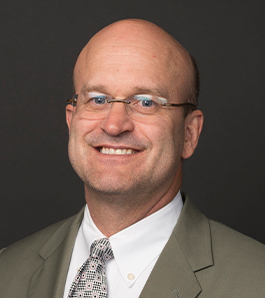 Steven E. Wolf, M.D., FACS, is the chief of staff of burns at Shriners Children's Texas, as well as a past president of the American Burn Association.

From 1995 until 1997, Dr. Wolf was a research fellow in trauma and burns, and a clinical fellow in critical care and burns at Shriners Children's Texas. Through 2004, he held the roles of assistant professor and associate professor for the department of surgery at UTMB, as well as co-medical director of the surgical intermediate care unit and director of the Blocker Burn Unit. At the Shriners Children's Texas, he simultaneously served as the assistant chief of staff from 2000-2004.

In 2004, Dr. Wolf moved to San Antonio, where he worked as director of the burn center at the United States Army Institute of Surgical Research until 2008, when he became their chief of clinical research. During this same time, Dr. Wolf was also a professor at the University of Texas Health Science Center and served as distinguished chair in burns and trauma and vice-chairman of research for their department of surgery.

In 2011, Dr. Wolf became a professor, vice-chairman for research and the Golden Charity Guild Charles R. Baxter, M.D. Chair for the department of surgery at University of Texas Southwestern Medical Center in Dallas; where he practiced burn care medicine until taking the chief of staff position at Shriners Children's in early 2018.

Dr. Wolf has received many honors over the course of his career, including San Antonio Business Journal's Healthcare Heroes Outstanding Physician Award in 2009; UTMB's Medical Education Scholar 1997-1998, Outstanding Faculty Educator- Department of Surgery (residents) 1998-1999, and Award for Outstanding Teacher of the Year Department of Surgery 2001-2002; Shriners Children's Texas Research Fellowship Award 1995-1997, and more during his residency at University of Missouri in Kansas City. He was named the editor-in-chief of BURNS, the highest-ranking journal in his field in 2004 and continues in this position today.

Dr. Wolf has also been an active member, and served on several committees and boards, of professional medical organizations, including the American Burn Association, American Medical Association and countless others during his tenure. Dr. Wolf additionally has been a principal investigator on several research projects and authored a long list of publications, based on his findings on specialized burn care treatment; dedicating his career to the study of burn injuries, and finding the most effective treatments that will allow his patients to recover to their fullest potential and live productive lives.

Specialties and Areas of Care