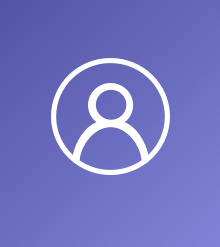 Sherif Emil, M.D., FACS, FRCS(c), FAAP, was born in Egypt and grew up in a number of countries where his parents, an orthopedic surgeon and a general practitioner, were providing medical mission work. As an only child, he developed an interest in medicine early. He completed a degree in chemical engineering at the University of Michigan and, after a year of graduate school at Rice University in Houston, Texas, enrolled in the M.D., C.M. program at McGill. He was attracted to the field of pediatric surgery early in his medical education as it combined his engineering and problem-solving background with his desire to work with children and families. In fact, his very first clinical elective was at Shriners Children's Canada. That experience inspired a desire to work with children with orthopedic disabilities, and spurred him to find innovative solutions to clinical problems and congenital anomalies.

After medical school at McGill, he returned to Southern California, where his family had settled, to begin his surgical training at Loma Linda University. His commitment to pediatric surgery prompted him to take two years away from clinical training to perform bench and clinical research in pediatric surgery. He published several landmark papers early in his career.

In 1999, he returned to McGill to train in pediatric surgery. After completing his fellowship, he went back to California and joined the University of California Irvine Department of Surgery. He was recruited back to the Montreal Children's Hospital to lead pediatric surgery in November 2008. Shortly afterwards, he launched the chest wall anomaly center at Shriners Children's, creating a multi-disciplinary team that offers unique expertise to children of all ages who suffer from chest wall deformities. This center has grown to be the largest in Canada and one of the most prominent in the world. In addition to providing comprehensive care and counseling to thousands of patients, the center has produced a number of sentinel publications that have led the field of chest wall anomalies.

Dr. Emil calls patient-centered care the bookend of medicine -- where medicine starts and ends. He performs all his clinical, academic and administrative duties with this principle as the foundation.