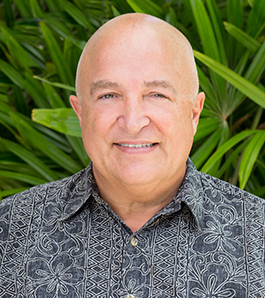 Paul Moroz, M.D., MS, FRCS(C), FAAOS, is board certified in orthopedic surgery in both Canada and the United States. He is a pediatric orthopedic and spine surgeon at Shriners Children's Hawaii and a clinical associate professor of surgery at the John A. Burns School of Medicine, University of Hawaii. He trained for an MSc in medical science at McMaster University, an M.D. at the University of Calgary, the FRCSC in orthopedics at McMaster University, and then at the Harvard Medical School where he did his fellowship in pediatric spine surgery at Boston Children's Hospital. Prior to relocating to Honolulu in 2015, Dr. Moroz practiced for 13 years at the Children's Hospital of Eastern Ontario, in Canada's capital, Ottawa, where he was also an assistant professor at the University of Ottawa faculty of medicine.

Dr. Moroz has done numerous missions as a surgeon, teacher and researcher in the developing world for more than 25 years. He has worked with a number of non-governmental organizations in Nepal, Bhutan, Tanzania, Kenya, Ethiopia, Canada's Arctic (Nunavut) and elsewhere. He has taught trauma courses in Haiti and has worked throughout the Pacific Basin over the last five years with Shriners Children's Hawaii, including Fiji, Tonga, American Samoa, Samoa, the Marshall Islands and Micronesia (Kiribati, Palau, Chuuk and Yap).

Dr. Moroz has served on the board of directors of the Canadian Network for International Surgery and has been an expert consultant with the World Health Organization, where he helped measure the burden of surgical problems in low and middle income countries. He was honored in 2012 for his work in East Africa by being made a Fellow of the College of Surgeons of East, Central and Southern Africa. In 2014, Dr. Moroz was invited to become the founding chair of the Canadian Orthopaedic Association Global Surgery Committee. Now in Hawaii since 2015, Paul is a member of the Global Health committee at the John A. Burns School of Medicine at the University of Hawaii.

Dr. Moroz's surgical subspecialty interest is in pediatric spine problems and he is a former president of the Canadian Pediatric Spine Society. He is head of the Complex Spine Clinic at the Shriners Children's Hawaii. He has written several scientific papers for peer reviewed journals as well as numerous chapters for medical textbooks. He has edited pediatric chapters for a major orthopedic textbook, Evidence Based Orthopaedics, Second Edition.

Dr. Moroz is a frequent speaker at local, regional, national and international medical meetings, usually on spinal surgery or global surgery, and other health topics. He is currently involved in a number of on-going studies, including INORMUS, the International Orthopedic Multicenter Study in Fracture Care, the biggest worldwide survey of orthopedic trauma ever undertaken. Dr. Moroz is now focusing more on advocacy as a member of the Advocacy and Communications Committee of the Consortium of Universities Global Health.

Dr. Moroz is married to Dr. Clare Schnurr and is the proud father of 3 children who live and work in Canada. He is a member of the Rotary Club in Honolulu and in 2021 Paul was awarded the Rotary International Service Above Self Award, one of Rotary International's highest distinctions of service, honoring exemplary service by volunteering his time and talents.