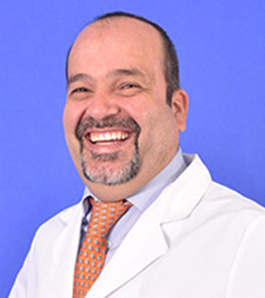 Dr. Canales is an Orthopedic Surgeon at the Shriners Hospital for Children Mexico. He graduated as a medical surgeon from the Panamerican University.

He completed his residency in Orthopedic Surgery, and his specialty in spines at the Hospital of Orthopedics and Traumatology Lomas Verdes, where he was in charge of the Scoliosis Department until 2015.

He is currently Head of the Department of Orthopedics at the ISEM General Hospital in Ixtapan de la Sal, Mexico.