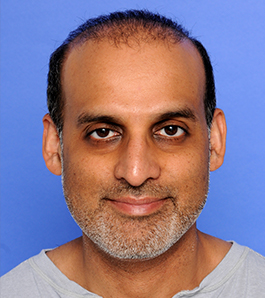 Dr. Khan completed his general practice residency at Monterfiore Medical Center. He then pursued a fellowship in special needs dentistry at Albert Einstein Medical School. Finally, he went on to do his pediatric dental specialty at Jacobi Medical Center, where he was honored with the title of chief resident during his final year.

Upon relocating to Houston, Dr. Khan passed specialty boards in pediatrics. He served as the secretary/vice-president, and president of Houston Academy of Pediatric Dentistry. He has sat on multiple committees for Greater Houston Dental Society. He is a certified laser dentist. He has been an active volunteer at the local Shifa Clinic (non-profit dental clinic).

Along with Shriners Children's, Dr. Khan is an on-staff physician at TCH and West Houston Medical Center.

Dr. Khan married a Sugarland native, Samiha Zakaria, and they have been blessed with three kids. When he is not working at his practice, he is spending time with family and friends, or watching sports.