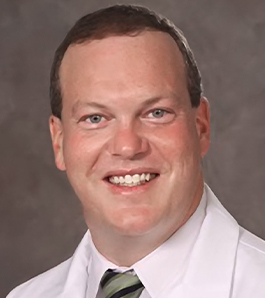 Eric O. Klineberg, M.D., is an orthopedic spine surgeon at Shriners Children's Northern California. Nationally recognized in his field, Dr. Klineberg is director of the spine fellowship program at UC Davis School of Medicine, where he is also an associate professor and assistant residency director in the department of orthopedic surgery.

Dr. Klineberg was selected by the American Orthopedic Association as a Japanese traveling fellow in 2012, which recognizes young doctors who are leaders in orthopedics.

Board-certified by the American Board of Orthopedic Surgery, Dr. Klineberg has published extensively and presented worldwide on areas including adult spinal deformity, cervical degenerative disease and spine surgery. His articles have appeared in numerous peer-reviewed journals and he has authored several book chapters in surgical and medical textbooks.

Dr. Klineberg's honors also include being a reviewer for five peer-reviewed journals. He serves on several national professional committees, including the Education Committee for AO Spine and two committees with the Scoliosis Research Society.

Dr. Klineberg has received more than $600,000 in grants for medical and educational research. He also is a principal or co-principal investigator for more than a half-dozen clinical studies.